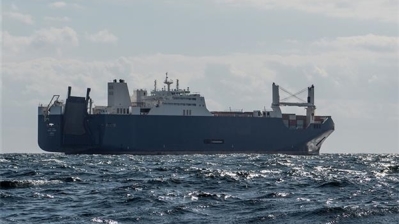 Away from the bad news about the rial, some Iranian officials preferred to talk about the arrival of the Iranian-flagged Golsan cargo ship in Venezuelan waters. It is delivering foodstuff shipments as an act of solidarity with another US-sanctions-hit nation.
By bne IntelIiNews June 22, 2020

The Iranian rial on June 22 dropped to its lowest ever value against the dollar, with foreign exchange shops on the unofficial market briefly trading it at 200,000 per USD. It ended the day at 198,400.

The Associated Press reported that officials were warning exporters to bring their hard currency earnings home from abroad. The country’s commerce ministry warned that it would revoke export licences for those who failed to comply with the instruction, while the Iranian central bank said it would publish the names of violators.

The combination of crushing sanctions imposed on Tehran by the US Trump administration for the past two years and the added economic difficulties brought about by the coronavirus (COVID-19) crisis—figures show Iran could be experiencing a second wave of infections after restrictions on economic activity were eased partly to help the country out of its worsening economic tight spot—appear to have taken a fresh toll on the Iranian rial (IRR), a currency that was trading at around 32,000 to the USD in 2015 when Iran signed the nuclear deal with six world powers.

With the coronavirus pandemic hitting demand for energy and causing oil prices to collapse, Iran has struggled to sell crude, a challenge even before the COVID-19 crisis as the US has been attempting to drive its oil shipments to zero as part of its “maximum pressure” policy against the Iranians aimed at forcing Tehran to agree a far stricter nuclear deal that would greatly curtail Iran’s influence in Middle East affairs.

Last week, Iran's Senior Vice President Eshaq Jahangiri said Iran’s oil revenues have plummeted to $8bn from $100bn in 2011, although there remains the possibility that he was not including grey market sales that Tehran does not want to draw attention to.

Iranian companies reportedly export non-oil products with a value of more than $40bn a year. Officials say around half of that money stays abroad.

The South American nation, like Iran under the cosh from US sanctions, is suffering a scarcity of basic goods and Tehran clearly sees coming to its aid is a useful way of poking Washington in the eye. Lately, Iran sent a flotilla of fuel-laden tankers to Venezuela to ease the country’s critical shortage of gasoline.

The foodstuffs would be used to stock the first Iranian supermarket in Venezuela, Iran's Embassy in Caracas tweeted on June 20. It added that the delivery would mark “another success in friendly and fraternal relations between two countries”.

Iran has also provided Venezuela with key ingredients needed to restart sanctions-hit refineries and resume producing its own gasoline.

Washington has cautioned governments, seaports, shippers and insurers that they could face measures if they aid Iranian tankers shipping fuel to Venezuela.