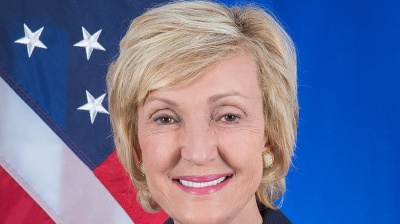 The Iranian Foreign Ministry on September 14 described a news story in US publication Politico, entitled “Officials: Iran weighing plot to kill US ambassador to South Africa”, as “baseless”.

The article relays no evidence but simply relies on the word of Trump administration officials who cite US intelligence reports they are said to be privy to. It states that word of the plot has arisen as Iran continues to seek ways to retaliate for the US president’s decision in January to kill Qasem Soleimani—the Iranian general who was seen as the de facto head of Iran’s armed forces and the second most powerful official in the Islamic Republic.

He added: "Such methods, which are likely to be reused in the future, will no doubt remain ineffective and add to the long list of Washington's failures in the confrontation with Iran."

Politico reported: “U.S. officials have been aware of a general threat against the ambassador, Lana Marks, since the spring, the officials said. But the intelligence about the threat to the ambassador has become more specific in recent weeks. The Iranian embassy in Pretoria is involved in the plot, the U.S. government official said.”

It added: “Marks, 66, was sworn in as the U.S. ambassador last October. She’s known Trump for more than two decades and has been a member of his Mar-a-Lago club in Florida. Critics of Trump have derided her as a ‘handbag designer,’ but her supporters retort that she is a successful businesswoman—her eponymous handbags run as much as $40,000—with numerous international connections. A personal friend of the late Princess Diana, she also was born in South Africa and speaks some of the country’s key languages, including Afrikaans and Xhosa.”