ING: ECB hikes by a historic 75bp, more hikes in the works 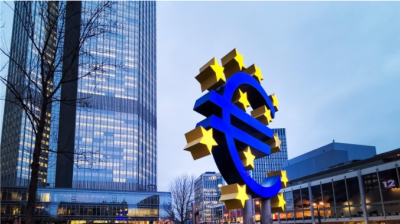 The ECB put through its biggest ever interest hike of 75bp and ING expect more hikes to come as the European Central Bank gives up on inflation targeting and is now just trying to restore its credibility. More hikes are on the way as inflation is running out of control in Europe. / bne IntelliNews
By Carsten Brzeski Global Head of Macro for ING Research September 9, 2022

The European Central Bank has decided on the largest rate hike since the start of the monetary union and has given the impression that it is fully determined to do more on September 7.

The ECB President, Christine Lagarde has confirmed the Bank's hawkish stance and has prepared markets for more hikes to come. We still think the European Central Bank is too optimistic about growth but have changed our call; we now expect it to hike rates by another 75bp before the end of the year.

The ECB did it. In a historic move and the single largest rate hike since the start of the monetary union, the ECB just announced it will hike all three policy interest rates by 75bp. At the same time, the ECB decided to suspend the two-tier system by setting the multiplier to zero.

With today’s decision, it is clear that the ECB has given up on inflation targeting and forecasting and has joined the group of central banks focusing on bringing down actual inflation. It’s not so much a new strategy based on conviction but rather a strategy based on missing alternatives. We still can’t see how monetary policy can bring down inflation that is mainly driven by (external) supply-side factors. Even the impact of policy rate hikes on inflation expectations is anything but certain. At the same time, the size of today’s rate hike will not determine whether or not the eurozone economy slides into recession and will also not make the recession more or less severe. Any recession in the eurozone in the winter will be driven by energy prices and not by interest rates.

Today’s decision shows that the doves and hawks are on the same page. We will have to wait for ECB President Christine Lagarde’s comments at the press conference but at face value, today’s decision shows that the ECB is willing to hike interest rates towards the upper rather than lower end of the range of neutral interest rates. In our view, this range for the refi rate is between 1% and 2%. It indeed looks as if the doves have left the ECB nest.

While Christine Lagarde had not made any public remarks on monetary policy since the end of the summer, ECB Chief Economist Philip Lane went on record calling for a more gradual and measured approach to normalising rates. Today’s decision shows that Lane’s influence in ECB decisions has been significantly diminished.

For us, today’s decision also means that we will have to strongly adjust our ECB call. Dovishness is no more, even if the ECB is still far more optimistic about growth (+0.9%) in 2023 than we are (-0.6%). The question remains whether the ECB would really be willing to continue hiking as aggressively as they are suggesting if the recession becomes reality. Hiking into a recession is one thing, hiking throughout a recession another.

Let's stay tuned to see whether the ECB press conference, starting at 2.45pm CET will bring any additional insights.

The ECB news conference just confirmed the message that was already clear from the policy decisions: the European Central Bank is fully determined to hike interest rates aggressively. Earlier, it announced a 75 basis point rate rise, the largest hike since the start of monetary union. It's given up on inflation targeting and its main aim now seems to be restoring its inflation-fighting credibility. It is still hard to see how the ECB can bring down inflation that is mainly driven by supply side factors, other than 'hoping' for a recession that suppresses demand.

During the press conference, President Christine Lagarde said the ECB still intends to hike interest rates several times in the coming months but didn’t say where it sees the level of the neutral interest rate.

We still think it's being too optimistic about the economic outlook. The ECB’s baseline scenario is +0.9% GDP growth in 2023 which is much more optimistic than our own forecast. Only in its downside risk scenario do we see GDP growth coming in at -0.9% but this scenario assumes a full end to Russia's rationing of oil and gas in the eurozone. Interestingly, in its baseline scenario, the ECB expects inflation to still come down to 2.3% in 2024 and actually to reach 2.2% from the second quarter of 2024. Admittedly, there is currently very little belief among ECB members in the reliability of these long-term projections. However, the very hawkish tone today doesn’t really match these inflation projections.

Taking today’s decision and Lagarde’s comments at the news conference at face value, we have to change our ECB call. For the time being, there are no more doves. The Bank is clearly determined to bring interest rates to their neutral level, and this level is clearly at the upper end of the common range of between 1% and 2%. If it were up to the hawks, they would probably like to hike by another 100bp before next spring. However, we think that at some point in the coming months, the ECB will have to acknowledge that its growth expectations are too positive. In our view, the ECB will only be able to hike rates by a total of 75bp by the end of the year. This could be another 75bp at the October meeting or 50bp in October and a last-minute 25bp hike at the December meeting.

For now, the doves have clearly left the ECB nest. However, we don’t think that they have left that nest for good and they will be back, somewhat earlier than the migrating birds which return to Europe after the winter.

ING: Poland’s central bank effectively ends its current tightening cycle
17 hours ago
COMMENT: The EU system is adjusting to permanent tension with Orbán’s Hungary
17 hours ago
THE VIEW FROM MITTELEUROPA: Explaining the Austrian veto of Schengen membership for Romania and Bulgaria
19 hours ago
ING: Hungary starts fourth quarter on a bad footing
1 day ago
MEDUZA: Ukrainian strikes on targets inside Russia could mark a new phase in the war
1 day ago