IMF to scrap deal with Bosnia and propose new agreement 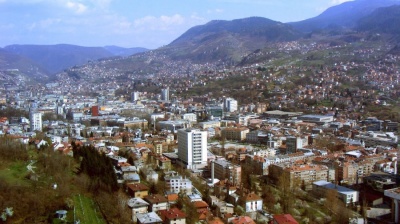 The International Monetary Fund (IMF) will not continue its current agreement with Bosnia & Herzegovina, but will propose a new one, Indikator.ba reported on November 18, quoting the IMF’s resident representative Andrew Jewell.

The current deal, which provides Bosnia with much needed cheap cash, was put on hold in 2017 as political disagreements have frozen key reforms.

According to Jewell, the IMF believes that there is no point in resuming the current agreement, which is due to end soon anyway.

“If we manage to agree on programme with the authorities on all levels, the more likely option is to decide to talk on a new arrangement,” Indikator.ba quoted Jewell as saying.

However, Bosnia would have to agree on a new pack of reforms to get another deal with the fund, which will be difficult as the country had not had a government for more than a year after its last general election in October 2018, and the main political parties seem unable to end the political deadlock any time soon.

On the other hand, Jewell also said that Bosnia is now in a much more stable financial situation compared to three years ago when the previous arrangement was signed.

The country should also set new priorities for reforms, he added.

Bosnia received only two tranches from its current agreement with the IMF before the fund’s decision to freeze it.

US to impose sanctions against individuals who destabilise Western Balkans

The barred US ambassador to Belarus, Julie Fisher, called Belarus the “North Korea of Europe” in testimony before a US Senate Foreign Relations Committee hearing.

Hungary’s most powerful oligarch says he is just a lightning rod for attacks on Orban
20 hours ago
US sanctions on Russia’s OFZ local debt come into force
21 hours ago
Moscow back on lockdown as coronavirus infection rate surges again
1 day ago
Lukashenko pushing illegal Iraqi refugees over the border into Lithuania
1 day ago
Belarus is the “North Korea” of Europe, says US diplomat
3 days ago