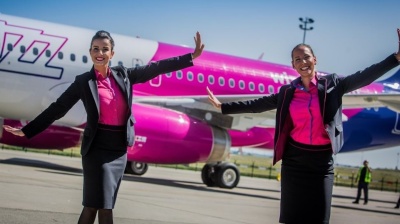 Wizz Air uses crisis to expand to take over markets of feeble competitors
By Tamas Szilagyi in Budapest May 29, 2020

CEE’s leading no-frills airline Wizz Air is pursuing an aggressive expansion strategy as it has opened four new bases in the last couple of days, taking on the sector’s heavyweights, such as Ryanair and Easyjet.

While other airlines are fighting for survival or awaiting government lifelines to remain afloat, Hungarian-owned Wizz Air has used the opportunity to set up new bases in Europe as the aviation industry is facing one of the biggest challenges since the 2008 economic crisis.

Founder-CEO Jozsef Varadi, the 46th richest Hungarian, has said on numerous occasions that his company’s intention is to move in and take over the places of less efficient, indebted competitors

On Thursday, the company announced plans to set up a base in Malpensa, Milan with five planes, which will be its second base in Western Europe outside of the CEE region after London Luton. Alitalia and Easyjet are the two main players there, but the crisis has hit both of them hard. Wizz Air’ intends to gain market share on these important markets, Forbes Hungary writes.

Wizz Air is also entering the largest airport in Cyprus in Larnaca with two aircraft. It will fly to major Greek cities and operate mainly tourist flights to Western and Northern Europe. Wizz Air has also added new routes from London to favourite Spanish destinations, trying to gain positions from Ryanair, Easyjet, and Jet2 in a seriously competitive market.

On Friday Wizz Air announced plans to expand its network with a new station in Salzburg from July and will open its 30th base in Tirana. From the Albanian capital, it will fly with three Airbus A320s to 15 destinations in 8 countries.

Passengers will be able to travel to six Central and Eastern European cities from its Austrian base.

Before the crisis, Wizz Air was flying on 710 routes to 154 airports in 45 countries. It carried 40mn passengers in the last 12 months. It restarted operations from Budapest Liszt Ferenc International Airport with a flight to Berlin on May 1.

The airline was operating at 3% of its pre-pandemic capacity in the middle of April. In recent weeks, Wizz Air was flying commercial flights bringing hundreds of tonnes of protective gear from China.

Economic sentiment in CEE picks up in June, but still deeply depressed