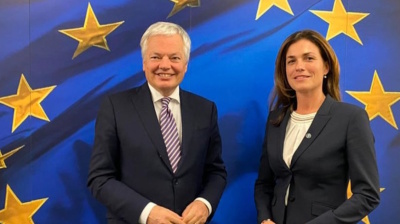 Hungary faces a potential suspension of €7.5bn from EU cohesion funds despite a string of regulations put into law to tackle corruption as well as measures taken to guarantee the independence of the judiciary, according to German press reports.

The European Commission will recommend EU members at the November 30 meeting to withhold frozen funds from three cohesion programmes for Hungary as it viewed the government’s efforts to tackle the misuse of EU funds and to rein in corruption as insufficient, the Frankfurter Allgemeine Zeitung (FAZ) reported, citing sources from the EU’s executive body.

The report chimes with Spiegel’s earlier information, which suggested that Hungary has not done enough to allay the concerns of the European Commission.

In late September, the Commission proposed to the European Council to suspend some €7.5bn funds to Hungary from the 2021-2027 budget, 65% of the cohesion funds, under the ongoing Conditionality Mechanism, which is designed to protect the EU budget from violations of the rule of law such as corrupt procurement processes and corruption.

The government had agreed on 17 measures to roll back widespread graft, which prompted the EU executive to initially recommend them.

An anti-fraud "integrity authority" was set up to oversee public procurement procedures using EU funds, but the selection of experts did not go smoothly and there are doubts about whether the authority would really fight systematic corruption. Even as Hungary guaranteed to reduce the ratio of single-bid procurements under the EU tender system, the system remains prone to corrupt practices, and collaboration between parties.

According to FAZ, the EU raised concerns about the suitability of the deputies of the Integrity Authority, which was set up by the November 19 deadline but is still being staffed and not in operation yet.

Timea Holbusz worked previously for the department of overseeing EU grants, but there were irregularities discovered by Brussels during inspections, it added. Hungarian media reported that another deputy, Kalman Daboczi, was fired from his post by the former Budapest mayor in 2014 for failed procurement tenders for the e-ticketing system in the capital.

According to FAZ, Commission President Ursula von der Leyen informed the leaders of the parliamentary groups in the European Parliament about the procedure on Tuesday.

A final decision is expected on December 6 at the meeting of finance ministers, where a qualified majority is needed.

Besides the Cohesion Funds, Hungary also risks losing 70% of Recovery and Resilience (RRF) funds, or €4bn, if member states do not accept its reconstruction plan. According to press reports, payment of the €5.8bn funds will go ahead, but will be linked to further judicial reforms.

Even if the European Council approves the release of the RRF funds, they would still be disbursed via tranches linked to specific milestones to avoid a repeat of Hungary's endemic backsliding.

The country faces a risk of severe economic instability if it does not secure EU funds, Oxford Economics warned in a recent report.

The funds, equivalent to 7-8% of the GDP, is vital for keeping the engines of its economy running.  Overheating of the economy has led to a spiralling twin deficit and inflation as the cost of living crisis hit.

In its crisis scenario, Oxford Economics predicts there would be a recession of 1.3% of GDP in 2023, GDP growth would remain weak into 2025, and inflation will not be back within the central bank’s target range of 4% before 2027. This could also force the bank to raise interest rates further.

The government, the Hungarian National Bank and international organisations such as the OECD and IMF foresee flat growth for 2023. The projections assume that Budapest will eventually seal a deal with Brussels after conceding in many field.

Hungarian assets fell sharply after the news broke. The forint, one of the weakest emerging market currencies, fell 1% to 410 versus the euro, stocks declined and long-term government bond yields jumped about 40-60bp.

MEPs back call for probe into Enlargement Commissioner Varhelyi

VISEGRAD BLOG: When Eastern European states speak out they are now listened to
Hungarian request for RRF loan boosts forint
MEPs back call for probe into Enlargement Commissioner Varhelyi