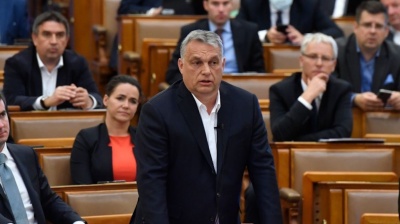 Hungarian MPs voted on June 16 to pass a law withdrawing the special powers granted to Prime Minister Viktor Orban’s government at the height of the coronavirus (COVID-19) crisis.

The move drew strong criticism both within Hungary and abroad, and Orban was accused of creating the EU’s first dictatorship as he acquired sweeping powers with no sunset clause. Many feared that Hungary’s illiberal leader would abuse his power as the extraordinary powers granted to him were without a time limit.

While the new powers were officially intended to enable the government to run the country effectively during the pandemic, the day after they were adopted the government introduced a new law that would end legal gender recognition for transgender people.

Among the critics were a group of 13 EU member states that said they were concerned the additional powers granted to the government could threaten democracy and fundamental rights.

The Hungarian Helsinki Committee wrote at the time that while “The government hails the Bills as allaying the fears of those who had warned about the dangers of government rule-by-decree powers … the proposals are unsuitable to dispel these fears. On the contrary: they shed a harsh light on the true nature of the regime.” After the parliament voted on June 16, the NGO wrote on its Facebook page that it stands by its earlier criticism.