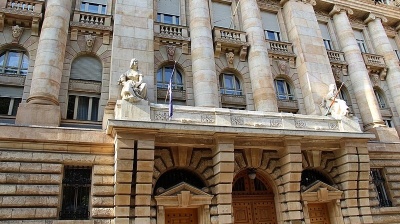 Investment funds recorded a record outflow of capital in June as households ploughed their savings to the new retail bonds (Map Plus), which offers the highest returns in all stages of its maturity, according to figures from the Association of Hungarian Investment Fund and Asset Management Companies (BAMOSZ) on July 16. Net redemption came to HUF179bn (€550mn) in June, more than in any month in a decade. For the month the assets of BAMOSZ funds fell by HUF137bn to HUF6.2 trillion.

The fresh BAMOSZ data show net redemptions of bond funds came to HUF71bn in June. Investors sold HUF33bn of units in mixed funds, HUF48bn of units in property funds and HUF31bn of units in funds of funds.

After 22 months of continuous growth, property funds registered a drop in value, but they remained the top choice for investors managing HUF1.6 trillion of assets. Euro and dollar-denominated funds were unchanged in the month.

Regulatory changes have also dented demand for real estate funds, as fund managers increased the redemption time to 180 days based on the recommendation by the National Bank (MNB) to ease the risks stemming from a quick divestment from funds. Bond funds managed HUF1.3 trillion, and mixed funds HUF1 trillion at the end of June.

Retail investors have bought more than HUF1 trillion of the new bond in the four weeks since its launch, an all-time high. Demand remained robust in the sixth week, with sales of HUF103bn, a slight drop from HUF118bn in the previous week. The latest figures show that the total subscription exceeds HUF1.2 trillion.

The Plus bond coupon gradually rises from 3.5% to 6% over its run, which makes it the most attractive government security in every stage of its maturity. Households can redeem the bond at 99.75% and gains will be exempt from the capital gains tax.

The finance ministry and the state debt manager sought to increase households’ savings by reducing the share of cash in circulation, which remains one of the highest in Europe.

Analysts queried by bne IntelliNews say that only a fraction of the HUF1.2 trillion channeled to the new government security came from this source. Instead, money is flowing out of other government bonds with shorter maturities.

Recent data from the National Bank showed that the outstanding stock of forint retail government securities rose by HUF571bn to HUF8.1 trillion in the second quarter, lifted by subscriptions of the retail bond.

Tens of thousands of people gathered on Minsk's Independence Square in front of the main government offices in first night of peaceful protests against Belarusian president Lukashenko's falsification of the election results.