How Kazakhstan shot to number three in the crypto mining industry 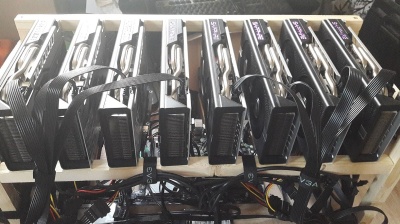 Kazakhstan’s sudden rise to third place in the cryptocurrency mining industry, trailing only the US and China, did not go unnoticed—it was headline-making crackdowns on crypto mining in China, driven by officials concerned at the sheer volumes of electricity the industry sucks from the grid, that moved firms to relocate in droves to the neighbouring Central Asian nation, drawn in part by cheap electricity rates.

​​Cambridge University research published on July 15 by the Cambridge Centre for Alternative Finance showed that China’s share of global bitcoin mining lately plunged to 46%, down from 75.5% in September 2019. This boosted Kazakhstan to the ranking of third largest player in bitcoin mining, with multiple firms essentially fleeing to Kazakhstan to live on beyond Beijing’s crackdowns.

Those who fled included one of China’s largest miners, BIT Mining. The firm delivered its first batch of 320 mining machines to Kazakhstan following the suspension of its operations in the Chinese province of Sichuan in June. In July, BIT Mining bought an additional 2,500 machines with a value of around $6.6mn for deployment to its data centre in Kazakhstan to expand the company’s theoretical hash rate capacity by 165 PH/s.

A host of other deals in the Kazakh crypto mining sector took place within the span of June and July.

Chinese firm Canaan, one of the world’s largest manufacturers of cryptocurrency mining machines—specifically, ASIC mining machines that operate by solving the complex mathematical equations needed to confirm blockchain network transactions—said in June that it had set up a base of operations in the ex-Soviet state. The firm has decided to establish its own bitcoin mining operation in a bid to diversify away from its business selling mining rigs, as demand has slipped due to a downturn in crypto markets.

In August, Shanghai-based The9 signed a joint venture agreement with Kazakh cryptocurrency mining firm KazDigital to construct a crypto mining site with a capacity of 100 MW in Kazakhstan. The9 said it would initially transport 1,000 mining machines to Kazakhstan to lead a trial operation. In the same month, The9 signed another joint venture deal for the development of cryptocurrency mining sites with a total capacity of 200 MW—the deal was signed by the company’s NBTC subsidiary with Kazakhstan’s LGHSTR. The sites could deploy more than 50,000 S19 Antminers and accommodate about 5EH/s of hash power.

China’s Taoping, a provider of blockchain technology and smart cloud services, announced in August that its wholly-owned subsidiary Taoping Digital Assets (Asia) Limited (TDAA) and a Kazakh firm Aral Petroleum Capital (APC) had signed a memorandum of understanding (MoU) to establish a joint venture in Kazakhstan. The joint venture plans to invest and build cryptocurrency mining sites with a total capacity of 100 MW. It will then carry out the operation and maintenance of cryptocurrency mining machines in Kazakhstan.

This mass movement of Chinese miners into the Kazakhstan appears to be accompanied by Kazakh government support in contrast to the scepticism expressed by the Kazakh central bank towards digital currencies just a few years ago.

The Kazakh Association of Blockchain and Data Center Industries revealed in July that crypto exchanges registered in the country will be required to begin working with local banks to facilitate Kazakh customer access to cryptocurrencies, namely bitcoin (BTC). The Astana International Financial Center (AIFC), which licences crypto exchanges operating in Kazakhstan, has already launched a pilot project with banks to explore potential implementation.

The new scheme requires a centralised and AIFC-registered crypto bank account (bank-held wallet) for gaining access to crypto exchanges. The authorities see crypto users as being able to rely on this account to buy and sell cryptocurrency and conduct transfers along with carrying out other operations on the exchange market.

New bank accounts will also be able to receive fiat currency tied to an income source with the bank acting as a centralised intermediary for all transactions.

These new requirements, however, may not work in favour of crypto users, who may prefer to bypass having to deal with banks when accessing crypto exchanges.

Kazakh President Kassym-Jomart Tokayev has signed a law imposing an additional fee for electricity utilised by cryptocurrency miners in Kazakhstan. As a result, crypto mining entities will be required to pay more than other power consumers in Kazakhstan due to the new surcharge for the electrical energy they burn.

The bill introduces a new fee of 1 Kazakhstani tenge ($0.0023) per kilowatt-hour used by cryptocurrency miners. The new rate will be imposed starting from 1 January 2022. Prices per kWh in Kazakhstan currently stand at an average of around $0.05, compared to $0.09 and above in Russia, China, and the US.

The bill partly appears to be an attempt to address concerns that Kazakhstan may fail to uphold its commitments under the Paris Agreement to reduce greenhouse gas emissions by 15% by 2030. The exodus of Chinese firms to its Central Asian neighbour bodes rapid growth in volumes of electricity needed for crypto mining—a prospect worsened by Kazakhstan’s very heavy reliance on coal-fired power plants to generate electricity.

On the market side, the introduction of the new tax was met with mass sharp criticism from industry representatives.

Forbes Kazakhstan in August cited the president of the Association of the Blockchain and Data Center Industry in Kazakhstan, Alan Dordzhiyev, as saying that the new tax would be likely to lead to an outflow of foreign investors and an annual loss of around KZT10bn ($23.5mn) tenge. The head of the association expressed concerns that instead of an estimated additional KZT4.4bn, Kazakhstan’s budget would receive only KZT2bn in two years, and that the figure would slide to zero in subsequent years.

This places the country in a bind as its low share of renewable energy sources in electricity production and the need for substantial investments in renewable energy prevent any possibility of a short-term switch into environmentally friendly crypto mining.

Number of imports up dramatically, but most market players doing little by way of providing electric vehicle servicing and infrastructure. That needs to change.

Deepflare's technology was used to analyse around 50% of all SARS-CoV-2 genomes sequenced in Poland. Now it aims to support the development of mRNA vaccines and drugs against other viral diseases.

Business Insider: Western tech majors have tested or used controversial Russian face recognition technology
3 days ago
From 4G to 6G: How Russia seeks to develop mobile networks amid shortages of domestic frequency and foreign equipment
3 days ago
Should I stay or go for founder of Russian internet major Yandex
8 days ago
EVs in Uzbekistan bring problems and prospects
11 days ago
Poland-based Deepflare bags €1.5mn to fast-track mRNA vaccine development with AI
13 days ago