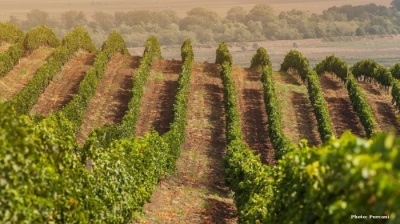 Horizon Capital invested in Purcari in 2010, as a 64% shareholder via EEGF II, but it completely divested its outstanding shares by October 2019, after reducing its participation in the February 2018 IPO, given the lifetime of that fund.

“In exiting Purcari from EEGF II, a 2008 vintage fund, we delivered on our commitment to generate high returns for EEGF II investors. We were delighted to earn circa 3.3 times the investment made. However, with an additional three to five year time horizon, we believe that Purcari has significant further upside potential, hence, when the opportunity arose, we moved swiftly to seize it and are privileged to return as shareholders in the company from our latest fund, EEGF III. We set a very high bar for ourselves and the company in terms of returns expected, and will continue to act as an active, value-add investor, as we have done in the past,” said Lenna Koszarny, founding partner and CEO of Horizon Capital.

“As with good wines, investments require time and patience; thus, we look forward to taking a longer-term perspective on the Company from our latest fund,” added Horizon Capital partner Vasile Tofan.

“Purcari offers a rare combination of growth, value and high dividend yield, and we are confident that with a mid to long-term perspective, Purcari’s equity appreciation will be commensurate with its ambition and potential.”

The statement refers to Purcari’s ambitious market consolidation strategy, as it aims to “build an undisputed wine champion in CEE, via both organic growth and M&A. Wine remains a highly fragmented market, unlike beer and spirits. Purcari is a champion of consolidation across the region, with two deals recently announced,” it says.

Purcari Wineries, which produces the Purcari, Crama Ceptura, Bostavan and Bardar brands, is one of the largest wine and brandy groups in the CEE region, and is listed on the Bucharest Stock Exchange.

Purcari is the leader in the premium wine segment in Romania, with a 25% segment share, and the largest wine exporter from Moldova, delivering to over 40 countries. The company manages over 1,392 hectares of vineyards and operates four production platforms in these countries.

Naftogaz in talks with investment banks over possible IPO
4 hours ago
Polish miners send new warning to PiS government
3 hours ago
Hungarian PM warns of storm clouds ahead in state of the nation speech
15 hours ago
Belarus president threatens to take transit oil from Russia-EU pipeline amid dispute with Moscow
16 hours ago
Serbia and Kosovo agree to restore railway, motorway links
1 day ago