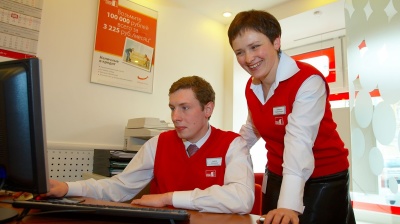 According to Reuters sources, Home Credit could raise more than CZK 22.7bn ($1bn) with the proposed Hong Kong listing.

The offering is, however, subject to the approval of the Hong Kong Stock Exchange, the final decision of the Home Credit Group and the Home Credit BV (HCBV) unit, market conditions, as well as various other factors. "Therefore, it is not possible to anticipate whether or not a quotation or global public offering of shares can take place,” the document said, as E15.cz reported.

Home Credit, founded in 1997, is one of the leading providers of consumer finance in Central and Eastern Europe (CEE), the Commonwealth of Independent States (CIS) and Asia. The majority owner is PPF Financial Holdings — the financial group owned by the Czech billionaire Petr Kellner — with 91.12%, the minority shareholder is the investment holding company Emma Omega owned by Jiri Smejc with 8.88%.

Home Credit recorded a consolidated profit of €571mn in 2018 (net profit by €422mn), driven by cash loan portfolio growth and increased yield. As the company stated, in 2018 it sustained its growth in China by expanding operating income by 32%, building on its nationwide scale in China, with the number of in-store locations going up by 7%. The group went on to post consolidated profit of €155mn in 1Q19.

“These results demonstrate that our long-term strategy of building a fully licensed platform across diversified markets is delivering substantial growth. This is particularly evident in our South and South East Asian region where the substantial increase in operating income stems from the successful scaling up of our lending networks, which are underpinned by our centralised technology systems,” said Smejc, commenting on the 2018 results.

Last year, the lender pulled a planned merger between Air Bank and HomeCredit in the Czech Republic and Slovakia with Czech Moneta Money Bank. “This comes after the expiration of the exclusivity period agreed between both parties in October 2018, during which good-faith negotiations of binding transaction documents were to proceed. No binding transaction documents have been executed,” the company commented in February.

PPF Group invests in multiple market segments such as banking and financial services, telecommunications, mechanical engineering, biotechnology, insurance, real estate and agriculture. PPF Group’s reach spans from Europe to the USA and across Asia, owning assets worth over €45bn.

Reuters reported that Home Credit has joined other international companies in making listing plans in Hong Kong. However, while the world's largest brewery Anheuser-Busch InBev NV had planned to list its Asia Pacific subsidiary in Hong Kong, it decided not to proceed with the announced potential $9.8bn public offering.

TURKEY INSIGHT: How long can the Turkey ETF rally last?

The spring rally that got under way at the start of the new year has received a boost from Russian President Vladimir Putin's proposed constitutional changes and the appointment of a new government, as both the RTS and Moex Russia index hit new highs

Prime Minister Ludovic Orban cited the EU's new Green Deal rather than security issues or cost concerns circulated previously as the main reason behind a potential end of the deal with CGN.