Hidroelectrica becomes Romania's most profitable company ahead of potential IPO 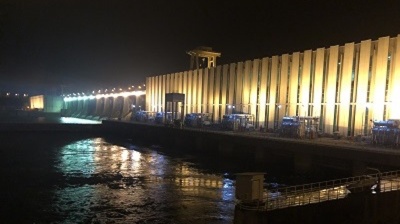 The net profit of Romanian state-controlled hydropower group Hidroelectrica rose by 5% in 2020 to RON1.45bn (nearly €300mn).

The power producer managed to improve its profitability despite shrinking revenues and electricity prices, according to Fondul Proprietatea, which owns a 20% stake in the state-controlled power group.

During the period, the average selling price of electricity decreased by 6.6% compared to 2019, to RON214.1 per MWh. On the competitive electricity market, the average realised price was RON238.6 per MWh, 1.6% lower than in 2019.

Based on the company's 2020 results, Fondul Proprietatea evaluated its stake in Hidroelectrica at RON5.13bn (just over €1bn), half of the fund's total assets at the end of December 2020.

Thus, according to the Fondul Proprietatea estimate, Hidroelectrica's total estimated market value is about RON26bn (more than €5bn).

Hidroelectrica is expected to carry out an initial public offering (IPO), listing its shares on the Bucharest Stock Exchange in the next year after the centre-right ruling coalition decided to change a law that banned the sale of shares in state-owned companies.

The company’s CEO Bogdan Badea said in January that it expects to carry out an IPO no sooner than the end of this year and ideally by spring 2022, in what he said will be a milestone for the Romanian capital market.

Hidroelectrica's performances may look impressive, but the company needs more capital to turn it into a regional player, Badea commented at a press conference marking ten years since the listing of Fondul Proprietatea.

The IPO is a long-awaited event in Romania. The government decided back in 2013 on the listing of 10% of Hidroelectrica's shares, but the process has met many obstacles in recent years, most recently the coronavirus (COVID-19) pandemic and the adoption of a law blocking the sale of shares in state-owned companies. After the 2020 general election, however, the new government decided to amend the law.