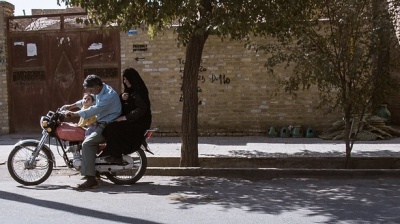 Women bikers in Iran are going through the gears.
By bne IntelliNews August 5, 2019

The Administrative Court of Justice of Iran has ruled in favour of permitting women to ride motorcycles, overriding a long-held highway code rule that women cannot obtain a licence to do so, court documents released on August 4 show.

Women have effectively been banned from riding motorcycles in Iran since the 1979 Islamic Revolution, after which women were strictly limited to driving cars. In recent years, more women have begun to use other forms of transport including bicycles and now increasingly motorcycles.

The court ruling was in response to an appeal by an unidentified female plaintiff in the central city of Isfahan who appeared to have previously applied for a motorcycle licence which she was denied.

An Iranian lawmaker welcomed the court ruling. “Certainly, the ruling issued by the Court of Administrative Justice is based on existing laws and we all must abide by the law,“ Faride Oladghobad told the semiofficial ISNA news agency on August 5. She invited the police to discuss the issue of women driving motorcycles with her female colleagues.

“Driving for women, including light and heavy vehicles or motorcycles and other vehicles, has not been banned in any of the laws,“ the court said. It gave the police 20 days to appeal the decision.

Traffic police responded to the ruling by arguing against the common assumption that the decision was issued in favour of all women, rather than just the plaintiff on an “individual basis”. The police added that an appeal will be launched and that final legal decisions will be enforced.

Social codes
There are no specific laws which bar women from riding motorcycles in Iran. However, under strict social codes enforced in the past four decades it was unofficially seen as risqué for a woman to ride a motorbike.

If the ruling becomes widely accepted there could be an explosion of young women using motorbikes in several cities in Iran, a country of 82mn.

Several recent videos shot by exiled Iranians have surfaced online. They show women being forcibly separated from their motorcycles by police.

One particular US-based Iranian who is close to the Trump administration, Masih Alinejad, is renowned for urging women in Iran to walk without headscarves in the street—in events dubbed White Wednesdays—and he has also recently broadcast videos and photos of women on motorcycles.

The Iranian authorities are increasingly wary of civil rights campaigns being appropriated by exiled personalities to attack the Islamic Republic.

Whether pressure from abroad helpd force the court’s ruling in this instance can not be determined.

The move by the court came days after regional arch-rival Saudi Arabia relaxed rules to allow women to travel abroad without the need for a male guardian.

Female champion rows with police
A video posted on social media in July showed Iranian female motorbike champion Behnaz Shafiei arguing with a police officer who was telling her that as a woman she was not permitted to ride a motorcycle in public.

“In our Iran, women are not allowed to have [motorcycle] licences, “ the policeman can be seen saying, according to a translation by RFE/RL.

“I didn’t it get from Iran. I got it in the US It’s international,” she responds.

The policeman replied that “in our Iran, no woman has a licence. Show me someone who does.”

Iranian airliner skids on to city highway from runway
US likely to bristle at new Iran plan to put satellite in orbit
Turkey’s Halkbank exposed to US court fine of $1.8bn within two weeks if prosecutor’s request accepted