Gaming giant Stillfront buys Croatia’s Nanobit for up to $148mn 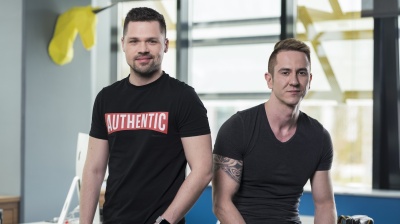 The deal allows Stillfront to expand into narrative lifestyle role-player games (RPGs) targeting a female audience as it takes over Nanobit titles such as Tabou Stories, My Story and Hollywood Story.

“The mobile gaming industry is growing rapidly and becoming more globalised. If we want to remain number 1, we need to move forward. By joining the Stillfront group, Nanobit is gaining additional momentum, which will allow us to further grow and develop new ambitious plans and projects”, said Alan Sumina and Zoran Vucinic, CEOs of Nanobit, in a press release published by the Croatian company.

“Over the past 12 years, Alan and Zoran, together with their team at Nanobit, have created an impressive gaming Studio with a solid niche market in the exciting genre of lifestyle games. We look forward to working with them to take the company to an even higher level. Over the past year, their games portfolio has recorded impressive growth, and we also see strong growth potential in the future, including promising new games that are in development,” said Jorgen Larsson, CEO of Stillfront.

Stillfront comprises 14 gaming studios in the US, UK, Germany, France, the Middle East and North Africa (MENA) and Asia. It has a portfolio of more than 50 games played by over 2bn people.

Nanobit has released 29 titles – 10 apps and 19 games – since it was founded by software engineers Sumina and Vucinic in 2008.

New Lithuanian office and local subsidiary to help Curve's Brexit-wary and weary European customers to prepare for the end of the Brexit transition period.

The merged group will bring together over 34mn users in Europe, which will help accelerate its expansion into new markets.

Bulgaria, Kosovo and North Macedonia have become members of the US' “Clean Network” initiative.

Sun Finance has reported a record-high turnover of €101.5mn for 2019, and expects a strong 2020 despite the pandemic.