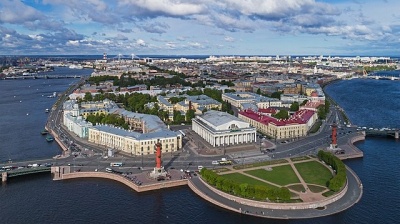 A new index has been launched on the St Petersburg-based SPB Exchange harnessing the surging domestic retail investment market. Trading started yesterday on the SPB100 Index, which records the performance of prime stockpicks from Europe, America and Asia in the portfolios of Russian retail investors.

As followed by bne IntelliNews, SPB Exchange, already Russia’s leading platform for the trading of international securities, is also driving a retail investment boom in Russia. Now it will begin to publish the results of 100 of the most popular foreign stocks in the portfolios of Russian investors, according to a press release by the Exchange.

The best of all worlds

Companies represented on the SPB 100 index are a diverse mix of industry giants from outside Russia. Main drivers include Chinese titans like Baidu and Alibaba, as well as NASDAQ’s classic FATANG tech stocks (Facebook, Amazon, Tesla, Apple, Netflix and Google). Big pharma and biotech companies will also feature, along with retailers, travel firms and even spaceflight company Virgin Galactic.

The weighting factor of each stock in the index corresponds to its share in the average portfolio of a retail investor who traded on SPB Exchange in the previous quarter. The index can also boast of being well diversified: the top 20 stocks don’t represent more than a 60% share, and each issuer has a concentration limit of 10%. Liquidity was also an important criterion for the index, as Aleksandr Diakovskiy, managing director of the SPB Exchange, explained in a livestreamed launch presentation: “The process of choosing the index was very simple. We took all the stocks traded at our bourse – approximately 1,800 of them – and put them through a fairly strong liquidity filter. The 500 best picks were arranged in order of their size in the portfolio of the average retail investor. The 100 most popular shares make up the SPB100 index.”

To be included in the SPB100, therefore, a stock must have been trading at least 2/3 of the time since the last rebalancing period, and also show a minimum average daily turnover of $50,000 on the SPB Exchange. This is designed to ensure that the SPB100 can accurately reflect real-time changes in the behaviour of investors, with an update every second. In the launch presentation, Jacques der Megreditchian, chairman of the board of directors of SPB Exchange, emphasised that “this is important to all market players, because it allows them to understand where the market is positioned. You can look at individual companies, but if you want a more general picture, this index will be an important aspect of that.” 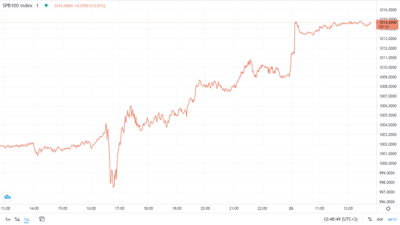 The ability to easily trade international stocks has opened up a huge new market in Russia. Reforms to capital markets undertaken in 2011 successfully increased domestic trading on Russian exchanges, but they also left a gap in the market. Since the Russian ruble is built into the IT system of the Moscow Exchange (MOEX), traders of foreign stocks are exposed to additional risk through FX fluctuations. SPB Exchange has ironed out this inefficiency by offering foreign securities in exchange for dollars, effectively negating the FX risk at the time of trading. The consequence has been sustained growth of the international stock offering at the SP Exchange. Whereas over 200 foreign stocks can be traded on MOEX, SPB Exchange traded over 1,900 international securities as of June 30, 2021.

In 1H2021, total trading volume on the bourse reached approximately $206bn, representing an increase of 356% from approximately $45bn in 1H2020. In an exclusive interview with bne IntelliNews in July, SPB Exchange’s founder and CEO Roman Goryunov put some of the exchange’s recent success down to the flexibility it offers investors – open for trading 19 hours a day. “The time difference means that the US markets only open in the late afternoon in Russia, and people don't want to trade only at the end of the day,” said Goryunov.

However, SPB Exchange’s growth has also been supported by a shift in the behaviour of Russian markets. Retail investing has taken off over the last 10 years as ultra-low bank account interest rates have encouraged Russians to invest their wealth in new places. Rising real wages and the appearance of investment platforms driven by fintech solutions (like Tinkoff Invest and SberInvestor) have driven increasing numbers of Russians to give investing a go, and Russia was in the top five countries by global investment app downloads at the beginning of this year. “Last year the volume of money that went into stocks was greater than the amount of money withdrawn from bank deposits,” Goryunov said. “That means not only are the people changing the way they invest their wealth, but stocks are also tapping into a new pool of money that has never been in the banking system.”

For Alexandr Diakovskiy, this focus on retail investors has been key to SPB Exchange’s success to date, and the SPB100 index is the logical next step. “When we first started thinking about what the new index should be, it occurred to us that any index is a reflection of the bourse’s strategy and of its role on the market and in the economy. For us, it was important to convey two things: firstly, the SPB Exchange’s unique ability to provide liquidity in global stocks in a specific time zone. And secondly, the SPB Exchange’s enduring focus on retail investors,” Diakovskiy told stakeholders in the launch presentation.

Indeed, countless stories have emerged this year that testify to the increasing influence of retail investors on the performance of stock markets. The popularity of GameStop is a particularly vivid example, although perhaps not an entirely representative one. The SPB Exchange claims to be particularly well positioned to assess the development of the retail investing boom, given that somewhere in the region of 99% of its transactions come from retail investors. For Diakovskiy, the momentum achieved by retail investors coming to the market is “the trend of the decade.”

The bourse will hope that its new index continues to fare as well as it has in the past year, when the profitability of SBP100 was more than 50%, comfortably beating the performance of Russian and international equity indices. The SBP Exchange is expected to hold an IPO this year, and a report by business newspaper Kommersant suggests the bourse could be valued at up to $2.5bn.