FPRI BMB Ukraine: Ukraine records one of its hottest summers ever 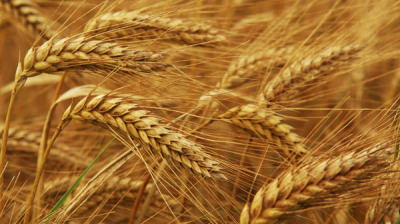 Ukraine just had one of its hottest summers on record and is more sensitive to climate change than most. With temperatures regularly rising above 40C, that threatens its agriculture sector that accounts for more than 10% of GDP. / wiki
By FPRI BMB Ukraine September 2, 2021

Summer 2020 was one of the hottest ever recorded in Ukraine. With the agriculture sector generating about a tenth of the country’s GDP and employing 22% of the population, experts suggest that Ukraine is more sensitive to climate change than many. In southern Ukraine, Crimea and the Mykolaiv, Odesa and Kherson regions are at the forefront of the struggle, with temperatures now regularly rising above 40 degrees Celsius (104 degree Fahrenheit) and precipitation chronically lacking, reports FPRI BMB Ukraine.

“Water unavailability and heat stress during periods of increased temperature already impact the yield of the crops,” Mykola Shlapak, a Kherson-based independent consultant on climate change mitigation, explained to BMB Ukraine. Climate change is also creating more and more “extreme weather events.” For example, in July, farmers in the Kherson region lost a significant portion of their products because of heavy rainfalls.

Andriy Shchedrinov has been working in agriculture for more than 20 years. Based in Velykyi Klyn, a small village in Kherson region, the farmer can already see the effects of climate change with his own eyes on his 2,000-hectare farm. Like others in the region, he switched to less water-consuming and winter crops. He started using traditional techniques like no-till farming to mitigate the effects of climate change and desertification.

Shchedrinov also invested in a small experiment with researchers from the National Academy of Agrarian Sciences, trying to grow corn with different types of drip irrigation with the help of a small meteorological station. “We have to find solutions on our own because the government can’t help with climate change,” Shchedrinov complains. Kyiv distributes some subsidies to farmers to buy climate-resilient technologies – notably, sprinklers – but this is not enough, farmers and experts agree.

Due to desertification, lack of investment and poor technologies, 20% of Ukraine’s arable land is degraded and unproductive. Furthermore, farmers have been forced to get creative as the old and under-maintained irrigation system can’t compensate for the new lack of rainfalls. Only 600,000 hectares of Ukraine’s arable land currently have a functioning irrigation system, compared with 2.6mn hectares in Soviet times.

Kyiv authorities are trying to come up with a plan to mitigate the effects of climate change. The Cabinet of Ministers published a draft order on approving the “Strategy of environmental safety and adaptation to climate change until 2030” in March 2021.