FPRI BMB Ukraine: Russia wants to talk about Ukraine, not to Ukraine 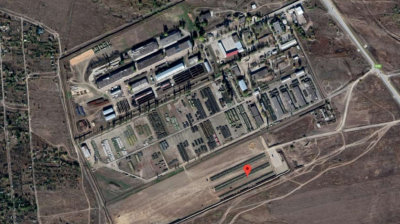 Kyiv has proposed launching direct talks with Russia to end the conflict and the war in the Donbas, but Moscow is not interested until it has put Kyiv into such a bad position it has to make concessions. In the meantime Moscow is only willing to negotiate with Washington. / wiki
By FPRI BMB Ukraine December 6, 2021

“We will not be able to stop the war without direct talks with Russia,” President Volodymyr Zelenskiy said in an address to the Verkhovna Rada on Wednesday, December 1. While this statement drew support from the pro-Russian Opposition Platform – For Life party, many were outraged by what they saw as Zelenskiy preparing to “capitulate” to Moscow.

However, as analyst Maria Zolkina points out, Zelenskiy’s office has been making attempts at direct negotiations with the Kremlin since 2019 – albeit with little success – with no intention of giving in to Russia’s demands. Meanwhile, the Minsk and Normandy format talks have ground to a halt, and Russia has ramped up its coercive diplomacy, beginning with the initial military build-up in the spring.

The way Zolkina sees it, Moscow won’t actually come to the table until conditions are entirely unfavourable for Ukraine, in the misplaced hopes that this will make Zelenskiy’s office more “flexible”. Though an opportunity for direct talks may appear down the road, at present Moscow is only interested in talking about Ukraine with other actors. Russia wants to negotiate with “the US and with the de facto, implied consent of the EU,” she explains.

Zolkina’s argument makes particular sense when considered in the context of the renewed build-up of Russian troops that began in November, and the ensuing international response. Compared to April, both the Kremlin’s rhetoric and concern among Ukraine’s Western allies have reached a much higher pitch.

By comparison, Kyiv appears far less rattled than in the spring, although Ukrainian defence and intelligence officials warn that a large-scale Russian escalation could take place as early as late January 2022. According to US estimates, Russia could be planning to send in as many as 175,000 troops.

On December 3, Ukrainian Defence Minister Oleksiy Reznikov told Parliament that according to intelligence reports, Russia has concentrated more than 94,000 troops along Ukraine’s borders. Reznikov also underscored that while Ukraine is prepared to defend itself, Kyiv has no intention of “provoking” an attack.

On December 2, US Secretary of State Antony Blinken held a brief meeting with Russian Foreign Minister Sergey Lavrov. Blinken warned that Moscow would pay “severe costs” for an escalation and called for resolving tensions diplomatically. In turn, Lavrov reiterated the Kremlin’s calls for binding security guarantees against Nato’s eastward expansion.

In other words, Russia’s coercive diplomacy has once again brought Washington to the table to talk about Ukraine. But whether this will be enough to de-escalate the crisis a second time remains to be seen.

Despite strong statements of concern from international partners, Nato, the EU and the US have made it abundantly clear that they have no intentions of sending troops to Ukraine in the event of a Russian offensive. Canada has also ruled out sending additional forces to Ukraine, for fear of inflaming the situation and provoking – rather than deterring – Moscow.

At the same time, Western allies have yet to explicitly spell out the type of economic sanctions that lie in store for Russia if it wages a large-scale attack against Ukraine. After also meeting with Blinken last Thursday, Ukrainian Foreign Minister Dmytro Kuleba wrote on twitter that a “comprehensive deterrence package” is in the works.

MACRO ADVISORY: Ruble at 5-year high, how strong can it get?
Russian population's inflation expectations drop six points to 12.5% as economic crisis fears fade
The Mariupol siege is over as the last Azov defenders surrender

Sberbank, Russia’s largest lender, is facing a meltdown from the collapse in its commercial real estate loan book, which is estimated at RUB1.8 trillion ($28bn).

MACRO ADVISORY: Ruble at 5-year high, how strong can it get?
5 hours ago
COMMENT: Sanctions are working, but the West risks isolating Russian reformers instead of galvanising them
4 days ago
NEMETHY: Where are US markets? Where are they heading?
4 days ago
COMMENT: Constanta concerns
10 days ago
Sberbank faces a meltdown from its vast commercial real estate loan book
13 days ago