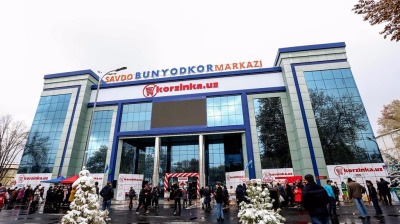 The European Bank for Reconstruction and Development (EBRD) is making its first equity investment in Uzbekistan in a decade. The development bank has agreed to invest $40mn in Singapore-incorporated company Anglesey Investments, which owns FE Anglesey Food, the operator of 50 ‘korzinka.uz’ and ‘korzinka.uz DISKONT’-branded stores across Uzbekistan.

Links between the EBRD and Uzbekistan were essentially frozen for 10 years because of the poor human rights record of dictator Islam Karimov, who ruled until he died in late 2016. The split was highlighted at a public stand-off between the autocrat and human rights groups in 2003 at an event organised by then finance minister Rustam Azimov and the EBRD to attract foreign investment into Uzbekistan. The bank afterwards unsuccessfully attempted to pressure Karimov into addressing his country’s human rights issues and steadily wound down its investments until it closed its representative office in 2007. But the emergence of Karimov’s successor, the reform-minded Shavkat Mirziyoyev, prompted the EBRD to return to the country.

EBRD president Suma Chakrabarti visited Uzbekistan in July 2018, and said: “We welcome the efforts of the Uzbek authorities to liberalise the economy and advance political reforms, which are opening the country to its neighbours and the international community. We also hope that the role of civil society in the country will grow.” 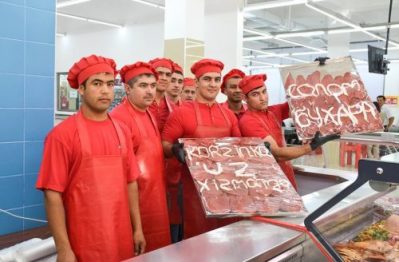 The number of Korzinka employees is set to roughly double.

The equity investment is seen as a sign of growing investor confidence in Uzbekistan and its retail industry serving Central Asia’s largest population. Korzinka is Uzbekistan’s leading food store chain and consumers will benefit from more choice thanks to its expansion on the back of EBRD’s investment. The number of Korzinka stores will almost triple. Moreover, Korzinka’s staff will roughly double to around 10,000 employees by 2023. The investment will also support the development of corporate governance, environmental and social standards and health and safety procedures and practices at the company.

It is also aimed at supporting a range of operational efficiency measures, such as the installation of heating, ventilation, heat recovery systems and air conditioning units as well as improved wall and roof insulation.

COMMENT: The Uzbek government reaches out to business ahead of its privatisation campaign