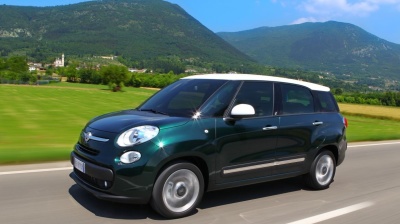 The Fiat 500L is produced at the Kragujevac factory.
By bne IntelliNews February 16, 2020

Fiat Chrysler Automobiles (FCA) is halting operations at its assembly plant in Serbia because of a shortage of parts from China due to coronavirus-related trade restrictions, as confirmed by the company to bne IntelliNews.

This is the first automaker in Europe that has to halt operations at a plant as a consequence of the coronavirus, but others are expected to follow as global supply chains are disrupted.

“Due to the availability of certain components sourced in China we have rescheduled planned downtime at the Kragujevac plant in Serbia,” FCA said in a statement emailed to bne IntelliNews.

Fiat will halt the production of the Fiat 500L in its plant in Kragujevac as it lacks audio-systems and other electronic parts imported from China, according to media reports. The company hopes to restart work later in February.

“We are in the process of securing future supply of those affected parts and production will be restarted later this month,” the company said.

It added that this halt will not affect the total production plan for the month.

FCA Srbija, a joint venture between Fiat and the Serbian government, has been the largest exporter in the country ever since its new €1bn plant launched production in Kragujevac in August 2012, after three years of intensive preparation. It became one of the most up to date facilities of the Italian producer in the world and produces the Fiat 500L model, which went on sale internationally at the end of 2012.

While FCA is the first to announce a production suspension in Europe, Hyundai has already halted production in South Korea, while Nissan shut one of its factories in Japan for two days, both because of a shortage of parts from China. Hubei province, at the centre of the coronavirus outbreak, is a major producer of vehicle parts.

ING forecast earlier this month that the world’s economy could suffer a setback this year as a result of efforts to control the coronavirus.

“The interruption of supply chains could have a snowball effect if stocks of essential electronic components from China are depleted,” said a comment from ING analysts.

“And this isn't necessarily a temporary slowdown. The coronavirus could potentially impact the annual level of world trade in 2020, as it's not certain that factories and logistics will be able to catch up and fully compensate for earlier delays, given the limited capacity. If they cannot fully recuperate, global trade growth in 2020 will suffer.”