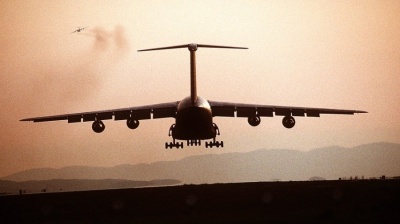 It’s been a terrible two and a half years for airlines. Barely had restrictions on international travel imposed to contain the coronavirus (COVID-19) pandemic been lifted when Russia’s invasion of Ukraine sent energy prices sky high and caused an inflationary spiral that is shrinking household budgets in real terms across Europe.

The day before Romania’s cash-strapped Blue Air announced it was temporarily grounding flights on September 6, analysts from US-based research and brokerage firm Sanford C. Bernstein told Bloomberg they see Europe’s weaker airlines — which are disproportionately the smaller carriers located in Emerging Europe — as having a heightened risk of collapse this winter.

While few airlines went bust during the pandemic thanks to government support, they are now struggling with higher fuel and labour costs. Governments, meanwhile, have shifted their focus away from the transport industry to the urgent need to help households through the cost of living crisis.

Using a new model of assessing bankruptcy risk based on competition, capacity, route networks and expected costs of leasing and replacing planes, Bernstein analysts told the newswire the most exposed carriers are from Albania, Belarus, Bulgaria, Cyprus, Czechia, Georgia, Moldova and Romania (though without naming the airlines at risk).

By contrast, Europe’s strongest players "face negligible risk”, indicating a likely continuation of the consolidation seen in the European air transport sector in the years before the pandemic — when a number of smaller airlines from Central and Southeast Europe shut down or were taken over by bigger companies.

As bne IntelliNews reported at the time, while there were different stories behind the collapse of each company, they all happened against the underlying trend of an air transport market in the throes of consolidation. Carriers from the small Southeast European countries had been struggling particularly hard. National airlines from Albania, Bosnia & Herzegovina, Kosovo, North Macedonia and Slovenia had all folded in the years before the pandemic.

Romanian lowcoster Blue Air has been struggling for years, as indeed has the country’s flag carrier Tarom. On September 6, Blue Air announced that its bank accounts had been seized by the Ministry of Environment, and it would not operate any flight from a Romanian airport between September 6 and September 12. This created chaos at Bucharest airport, and speculation as to the company’s future.

Blue Air has been under pre-insolvency procedures since July 2020 and is seeking a capital injection from investors. The company blames its financial problems on the Consumer Protection Agency (ANPC), which, recently slapped a €2mn fine on Blue Air for the huge amount of flights cancelled over the past year and its failure to properly compensate its customers. This prompted a public spat between the head of the ANPC, Horia Constantinescu, and the airline, which Blue Air claimed had blocked discussions held in London with interested investors.

A statement from Blue Air on its plans is imminent, but it’s unclear to what extent it will be able to resume flights. As the company has pointed out, its €230mn debt is roughly the size of half its annual revenues. However, from 13 aircraft operated now (compared to 32 in 2019), the company will be left with only five by the end of the year.

Nor Romanian flag carrier Taron been immune to difficulties. In 2021, the airline reported its 13th consecutive year in the red, with the result admittedly affected by the pandemic and slump in international travel. That came after at the end of 2020, the government approved the 2021-2022 restructuring plan for the airline, pending European Commission approval.

Airlines from some other Southeast European countries have also been struggling.

Moldovan flag carrier Air Moldova was involved in a high-profile scandal in February 2021, when the High Court in Ireland ordered an Air Moldova Airbus A319 passenger jet not to leave Dublin airport, because of an award of €4.2mn in favour of Romanian company Just-US Air.

Montenegro got a new air carrier, Air Montenegro, after the bankruptcy of the country’s previous flag carrier Montenegro Airlines, which had been one of its top corporate debtors for years. However, the troubles of the small, tourism-dependent country’s air sector didn’t end there.

In February, bankruptcy managers of Montenegro Airlines filed a claim against the directors of Air Montenegro, accusing them of causing millions of euros of damage to the bankrupt airline. Air Montenegro posted a net loss of €4.96mn in its first year of operations, saying it was expected given the investments made during the year. However, Nebojsa Medojevic of the opposition Democratic Front said the company should be investigated over the loss, which he blamed on a combination of a crime and lack of expertise.

As Bernstein analysts forecast to Bloomberg, major airlines are already eyeing an additional presence in the Romanian market. They pointed out that the strongest players in the region, Ryanair and WizzAir, had the potential to quickly allocate resources to newly vacated routes.

Hungarian low-cost airline Wizz Air, already the market leader in Romania by the number of passengers carried, has announced another expansion of its operations in the country.

Ryanair has also seized the opportunity and launched a preferential offer to Blue Air customers that book a replacement flight by September 9.

Belarus Corruption Watch: living the high life with Dimitry and Anna Lukashenko
10 hours ago
New START missile treaty suspended as tensions escalate between Russia and US
11 hours ago
The legendary Silk Road city of Samarkand gets a tourism upgrade
17 hours ago
How well will the EU’s oil embargo on Russia’s seaborne exports work?
1 day ago
Foreign investment has transformed Eastern Europe, says wiiw report
2 days ago