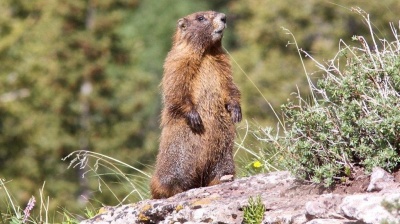 Beware the fleas of the marmot.
By Anand Tumurtogoo in Ulaanbataar September 10, 2020

Fears are reportedly growing in China that the bubonic plague, known in the Middle Ages as the “Black Death”, could spread into the country from Mongolia, which earlier this week reported its third fatality this year from the disease. The infection and death rates from bubonic plague in Mongolia are at their highest in a decade. However, health experts say there are only rare cases of human-to-human transmission of the bubonic plague.

A 38-year-old man died from the bubonic plague on September 7 in Mongolia's northwestern Zavkhan province after eating marmot meat.

Mongolia has recorded 18 suspected cases of the disease this year. At least 17 out of the country’s 21 provinces are viewed by officials as having the potential to become a source of a bubonic plague outbreak.

Mongolia has, however, lived with the disease for centuries given that Mongolians treat meat from the marmot, a rodent that can be a carrier of the plague because of infected fleas, as a delicacy. Even bans on hunting or trading the animal hasn’t deterred some locals from consuming it.

Advising that there is no likelihood of a bubonic plague pandemic, Dr Michael Head, senior research fellow in global health at the University of Southampton in the UK, was quoted by MailOnline as saying: “Bubonic plague is a thoroughly unpleasant disease and this [latest] case will be of concern locally within Inner Mongolia. However, it is not going to become a global threat like we have seen with COVID-19. Bubonic plague is transmitted via the bite of infected fleas, and human to human transmission is very rare.”

Bubonic plague is one of the most devastating diseases in history, having killed around 100mn people in the 14th century.

Other forms of the plague are the enteric plague, pneumonic plague and septicemic plague.

The Kavkaz (“Caucasus”) large-scale military exercises have for the first time used a “swarm of drones” against ‘enemy forces’, Tass reported on September 24. The Kavkaz 2020 drills, ... more

The reality of Turkey’s crisis-stricken economy and the financial support China provides to ease its bite have caused Turkish President Recep Tayyip Erdogan to in recent times make no more than ... more