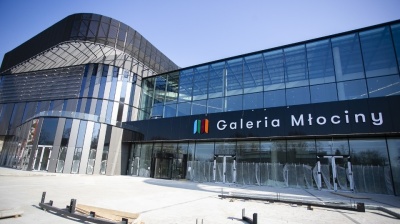 Retailer Primark is preparing to expand in Poland, it was revealed when local media reported that the fast fashion chain's entry to the market is being assisted by real estate consultancy company Cresa, which will be supporting its expansion in the country.

In June, Primark, whose fast fashion designer inspired clothes earned it the name "Primarni", made its first move into the Central and Eastern European (CEE) market, opening a store in the Slovenian capital Ljubljana.

Fellow international fast fashion giants H&M and Zara have already been present in the eastern part of the continent for years, as they have shifted their focus from developed to emerging markets over the last decade, analysis by bne IntelliNews showed.

The company signed a lease contract last month to open a store on 3,660sqm area on two floors at the newest shopping mall in the capital. Galeria Mlociny, which opened this May features 240 stores and has a retail space of 85,000sqm, including 5,000sqm of offices and a restaurant and entertainment section of more than 6,000sqm. The official date for the opening date has not been given yet.

"Primark is one of the fastest-growing fashion retailers over the past years. We are very pleased to advise the brand on the strategy for the Polish market and accompany them in the search for retail units. I am convinced Primark will be very successful in Poland," said Szymon Lukasik, head of retail at Cresa Poland.

The clothing chain based in Dublin, owned by Associated British Foods, currently operates in over 370 stores in 12 countries, including Great Britain, Ireland, Spain, Portugal, France, Germany, the Netherlands, Italy, and the US. The retailer, which employs over 75,000 people globally, is known worldwide for its competitive prices. As well as Poland, Primark is also reported to be planning to launch in the Czech capital Prague.

Poland's retail sales are expanding on the back of robust wage growth and rising income of households. In the first six months, retail sales grew 6.2% y/y in constant prices and 7.5% y/y at current prices.

In June, sales of textiles, clothing, and shoes grew 12.9% y/y. Fiscal stimulus by the government ahead of the October general election equal to 2% of GDP is also expected to lend support to consumer spending.