EWDN: How Russian game developers are being hit by the shockwave of war 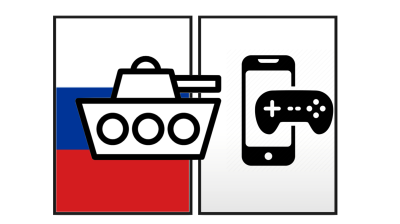 Russia's flourishing gaming industry has been one of the many victims of Putin's war in Ukraine.
By Adrien Henni in Moscow for East West Digital News June 28, 2022

It took just weeks for Wargaming, the Belarusian-born, Cyprus-headquartered developer of World of Tanks and World of Warships, to react to the events. In early April, the company announced its decision to “leave Belarus and Russia,” transferring its activities in these two countries to Lesta Studio and cutting ties with this former Russian affiliate.

The company also closed its studio in Minsk, the capital of Belarus. Wargaming expected to “suffer substantial losses” as result of these decisions, according to a corporate statement.

Meanwhile, international gaming giant Playrix had much of its staff split between Russia and Ukraine. Just days after the Russian invasion of Ukraine began, the company was torn by “uncontrolled hatred between employees,” as reported by Forbes.

Company founders Dmitry and Igor Bukhman had grieved for the “great tragedy” soon after the war began. Ukrainian employees were placed on paid leave and helped with evacuation plans. The Bukhman brothers were nevertheless criticised for not speaking out against the war strongly and early enough, and for initially discouraging employees from donating to Ukrainian causes, due to draconian Russian laws that criminalised such actions.

Founded in Vologda, Russia, in 2004, Playrix moved its headquarters to Dublin 10 years later. The Bukhman brothers, who are now billionaires living in London, have asked Forbes to be listed as citizens of Israel, where they immigrated in 2016, rather than Russia.

From Russia to Lithuania the shockwave of the war also hit Game Insight, a Russian-born gaming major headquartered in Lithuania. Company management resigned in May, soon after the country’s parliament designated Russia as a “terrorist state.” Then Game Insight shut down its Russian subsidiary, which employed some 600 people in four cities across the country. Salaries were not paid as the company could not fulfil all of its financial obligations, according to an HR manager’s internal statement cited by industry publication App2top.

A new Russian entity is being created, however, which is hiring a part of the employees to support Game Insight’s existing products, a source told App2top. Key specialists could be moved to Lithuania, according to Russian business daily Kommersant.

Founded in 2009, Game Insight was regarded as one of the most impressive startup successes from Russia. The company was “the first [one] to develop hidden object and tycoon games for social networks and mobile platforms, revolutionising the concept of cross-platform gameplay in those genres,” among other innovations.

The company relocated its main office to Lithuania in 2014, as Russia’s international relations were already harmed by the first Ukrainian war and the annexation of Crimea.

At that time, Game Insight’s founder Anna Chumachenko explained the move for a variety of practical reasons as well as “because of the Russian label:” the company took “rather heavy losses in value, [due to] objective reasons connected with doing business in this country and because of obvious prejudices.” Still betting on Eastern Europe At G5 Entertainment, another global game development major headquartered in Sweden – but founded in Moscow back in 2005 – the events of the last months led to a massive organisational overhaul.

As reported by Bloomberg, the company’s 1,000-strong workforce was split evenly across Russia and Ukraine. In the process of relocating those fleeing their country, the company is opening alternative offices in Poland, Turkey, Georgia and Montenegro. G5’s Russian-born co-founder and CEO Vlad Suglobov, who now lives in the USA, said the company will keep its Eastern Europe focus as far as its R&D staff is concerned.

Plarium, a company created some 12 years ago and specialising in video game development, has also liquidated its Russian entity. As reported by Kommersant, it is in the process of moving a part its Russian staff to its Israeli head office.

Commenting on what he sees as a current trend, an industry insider told Kommersant that mobile game companies are “winding down their Russian offices and taking key employees abroad to ensure business continuity.” “Even though game developers have legal entities in Western jurisdictions to receive their revenues via AppStore and Google Play, it is now difficult to transfer funds to their Russian entities.” What is more, “foreign partners are now very wary of game studios” with Russian or Russian-born founders, so these companies are trying to “get rid as soon as possible of any affiliation with Russia,” Kommersant quoted this insider as saying.

Turkey accuses West of waging ‘psychological warfare’ to wreck its tourism industry
RBI's 2022 profits soar to €3.6bn, with Russian operations representing more than half
bneGREEN: Most growth in power generation by 2050 will be solar and wind – BP