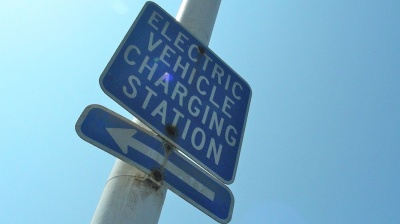 Sellers of EVs in Uzbekistan need to show more interest in required infrastructure to develop the market. / boboroshi, cc-by-sa 2.0.
By Muzaffar Ismailov in Tashkent July 28, 2022

Uzbekistan’s electric vehicle (EV) market has enjoyed a boom over the past two years. The number of imported EVs has expanded  dramatically. In the first half of this year, marking growth of 4.5-times year on year, more EVs, namely 1,125, were imported into the Central Asian country than in the entirety of the previous four years. Back in 2018, only 18 were imported, almost all coming from China.

However, competition on the Uzbek EV market is changing for the worse, representatives of Megawatt Motors, one of the suppliers of EVs in Uzbekistan, said.

In Megawatt’s opinion, market players are showing no appetite for investing in EV service and infrastructure development. In most cases, it says, they are engaged only in buying and selling, although this is in no way sufficient, since EVs are goods that make demands over the long term; they require servicing, they must deliver compliance with the rules of operation and they must meet warranty conditions, while coming with insurance opportunities.

The founders of Megawatt, Ulugek Khojamberdiev, Alexandr Abdullaev and Vadim Sutepin, described to Spot how the market was changing, what it lacked and what changes to expect in the future.

A couple of years ago, only wealthy people in Uzbekistan bought EVs, and in most cases, they considered their asset as a ‘trophy’ toy or as a second car. But the situation has changed. More and more people have lost their fear of switching to an EV, with the consequent positive effect on demand and market development as a whole.

A significant role in this is played by the fact that consumers rarely solely study the question of a purchase using their own initiative, they instead show a lot of trust in the choices made by others: they are bolder in making a decision to buy if a friend, relative or neighbour has already made such a purchase.

However, the market still faces a number of stereotypes and idiosyncrasies of consumer choice. For example, EV consumers buy brands that look like the Chevrolet Malibu or Captiva that they are familiar with. For the same reason, there are almost no hatchbacks on the roads: people simply do not perceive of them; they are not used to the fact that the rear of the car may not have a trunk, but a fifth door.

Another stereotype is that the technology has not been tested over a long enough period of time. There is a widely-held opinion that new car technology should justify itself over 10, 20 or 30 years.

The technology of EVs to meet popular demand has existed since 2010. That year saw the launch of the first Nissan Leaf model. Many of these cars are still taking to the road. Since then, progress has moved forward in every sense, and now one Chinese manufacturer can produce a new car model each year. Previously, automakers spent from three to seven years to come up with a model.

Moreover, people are already witnessing the destruction of the myth that everything produced in China is a priori of poor quality. The Chinese EV industry has brought the quality of its cars to a high level.

Also, many unnecessarily fear the noiselessness of electric transport.

EVs are manufactured according to safety standards that mean some cars emit sound from speakers in a certain speed range. Pedestrians can thus hear at least some sound from the approach of an electric car.

When the car reaches a speed of more than 25 km/h, it is already audible from the noise of air resistance and tyres that a car is moving nearby. Therefore, the sound issue is then not problematic.

Most Uzbek buyers, meanwhile, in buying an EV, have no regard at all for the issue of ecology. They are not convinced that buying an EV can have any measurable global impact. When making a decision, they are fixed on other criteria; first of all, price.

Therefore, dealers have changed their approach: they have stopped talking about ecology and are focused on cost savings.

Due to the increased demand for EVs, the number of importers is growing. But not all of them provide car maintenance. In fact, rarely do they provide guarantees at all. They convince buyers that EVs do not break down. And few market participants want to invest in infrastructure development. Because not everyone has plans to "play for a long time".

This approach of some players has a negative effect on the entire market, causing negative consequences from subsequent EV operation and false beliefs among potential buyers of electric cars.

One of the “newcomers” working on infrastructure development in this direction is ZTY Car Energy. The CEO of ZTY told bne IntelliNews that the company was intending to provide the full cycle of services to EV drivers.

“We are intending to become the first company in Uzbekistan able to provide the full cycle of services. Our prices start from $9,000 and rise depending on the EV class and demand. The first dealership will soon open in Tashkent. Those consumers who buy our EVs will enjoy one-year of technical service for free. If necessary, our technicians are ready to provide services on spot. Moreover, our consumers will be able to charge their cars for free for three months,” said Shahboz Hudoyberdiev, ZTY’s CEO.

Companies engaged in the EV sphere are urging the government to introduce legislation prohibiting or restricting the sale of EVs if the seller does not have a specialised and authorised service centre and a staff of specialised repair specialists who can ensure the fulfilment of warranty obligations to the customer in the event of technical problems, as well as ensuring normal operation and maintenance after the expiration of the warranty period.

Very much worth taking account of is how gasoline prices have surged in recent months. One litre of AI-80 gasoline in Uzbekistan at the time of writing this article was around $0.68. Some users of social networks have responded that “the government is pushing prices up to force drivers to switch to EVs.”

Earlier this year, Uzavtosanoat signed a memorandum of understanding with China’s BYD. Aziz Shukurov, deputy head of Uzavtosanoat, said that "this is the first step towards the future in EVs".

Moreover, Uzbekistan’s President Shavkat Mirziyoyev gave instructions to strengthen EV transport development in the country. Uzbekistan, he said, should find an EV strategic partner by the end of the year.

More pain stored up for Emerging Europe in 2023
Taliban sign deal to buy Russian oil, gas and wheat
Kyrgyzstan, Uzbekistan warn citizens not to sign up to fight for Russia in Ukraine

Tirana agrees with US-based Satellogic USA Inc. to develop a dedicated satellite constellation that will enable satellite monitoring of the country’s territory.

Cutting off Instagram has put around 400,000 businesses “at risk of annihilation”, says analyst.

Deal will help Alten strengthen its presence in Romania and the broader Central and Eastern Europe region.

Earlier this month ffVC, an international VC firm comprised of several funds in the US and Europe, announced the launch of a new fund exclusively dedicated to Ukrainian founders and startups.