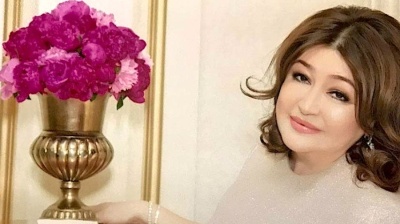 The EU extended its six-month sanctions against Russia and the leading figures but dropped several names from the list, including those of deceased Russian popularist and leader of the LDPR Vladimir Zhirinovsky as well as Saodat Narzieva, the sister of billionaire Russian metals magnate Alisher Usmanov.

"The EU Council decided to extend until March 15, 2023 restrictive measures for violating the sovereignty, territorial integrity and independence of Ukraine," the document says as cited by Tass.

“The EU resolutely condemns Russia’s indiscriminate attacks against civilians and civilian infrastructure,” the statement said, urging Russia “to immediately and unconditionally withdraw all its troops and military equipment from the entire territory of Ukraine.”

The EU’s blacklist of prominent Russian businessmen and officials has been significantly extended since sanctions were first imposed in 2014, but in the latest renewal of rolling six-month sanctions a few names were removed from the list.

Zhirinovsky was an outspoken and controversial figure who rose to prominence in the Yeltsin era with his fiery Russian nationalist rhetoric and outrageous behaviour. However, he was widely seen as toeing the Kremlin’s line and benefited from state-sponsored vote-fixing as a reliable lackey of the Kremlin's control over the Duma.

In addition to Zhirinovsky, the ex-wife of businessman Mikhail Fridman Olga Aiziman and Usmanov's sister Narzieva were excluded from the list, as well as a number of technical amendments being made.

Narzieva was sanctioned after the Organised Crime and Corruption Reporting Project (OCCRP) linked her to a number of bank accounts containing hundreds of millions of dollars that belonged to her brother’s companies. The report suggested that Narzieva was acting as a front so that Usmanov could hide his money from authorities. Reports by the Guardian went further and claimed that she was the sole beneficiary owner of the bank accounts, without providing any evidence.

Narzieva said in an opinion piece in bne IntelliNews that she was a simple Tashkent-based gynaecologist and while she admitted that she had benefited from the generosity of her billionaire brother, she said she had nothing to do with his business and did not control any banking accounts.

An investigation by bne IntelliNews found that the bank accounts in question were all openly majority owned by Usmanov himself, according to banking documents seen by bne IntelliNews, and that Narzieva was briefly a shareholder in the company for one year in 2013-2014, before Russia’s annexation of Crimea and any sanctions were imposed. The documents also showed that Narzieva had no signing rights over any of the banking accounts in question and she was briefly only one of several very minor shareholders in companies controlled by Usmanov.

Usmanov had set up a scheme to transfer some of his wealth to his immediate family members as he says he is preparing to retire from business. However, he changed his mind and bought Narzieva out of a small 1% share in the holding company connected to the bank accounts in 2014 and liquidated the holding company owned by Narzieva to hold the shares.

Narzieva challenged her inclusion in the sanctions list in European courts, which found in a preliminary hearing that she had been mistakenly included in the list.

Usmanov has always denied that he is an oligarch or benefited in any way with his connections to the state. He made his first million dollars in the last days of the Soviet Union, producing colourful plastic shopping bags.

He went on to make more money as a financial investor, including a brief stint a CEO of the investment arm of the state-owned gas giant Gazprom. He started to invest into metal companies before joining Gazprom and  insisted that he paid market price for more metal company shares he bought from Gazprom that was selling off non-core assets.

But he made most of his money from a deal to buy an 8% stake in the US tech giant Facebook in 2008 four years before the company listed on the US stock markets that netted him several billion dollars.

Usmanov’s name remains on the sanctions list, although all of his companies have been specifically excluded from sanctions thanks to their importance on the international metals market.

Hungary suggested that it would veto the renewal of sanctions and explicitly called for sanctions against Usmanov, and fellow billionaires Petr Aven and Viktor Rashnikov to be dropped from the list last week. However, on the day of the vote on September 15 Hungary voted for the renewal of the list that continues to contain the names of the three men.

Several other oligarchs have launched legal cases in Europe to get their names removed from the sanctions list. Many claim their inclusion was based on the claim they were “close to Putin” that is based on hearsay and press reports, but no hard evidence has been presented.