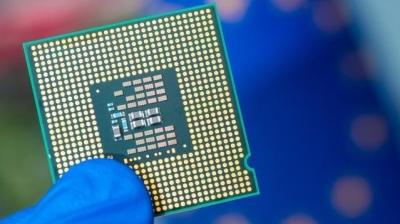 As China pushes back against claims of "debt-trap diplomacy", the EU thinks it can sell Global Gateway as a "trusted brand". / European Commission.
By bne IntelIiNews December 2, 2021

The European Commission on December 1 revealed details of the EU’s €300bn ($340bn) Global Gateway Strategy, a global investment plan hailed as a "true alternative" to China's Belt and Road Initiative (BRI, or B&R).

China has funded railways, roads and ports as BRI projects but it has come under fire from critics who say Beijing leaves some countries weighed down with loans they cannot hope to pay off. A centre-piece of Chinese foreign policy, BRI is accused of spreading “debt-trap diplomacy”. Critics of Global Gateway say in many ways it amounts to a repackaging of cash.

European Commission President Ursula von der Leyen has said countries need the development of a “trusted brand” like Global Gateway to design and deliver sustainable projects. The EU will now explore how it can leverage billions of euros, drawn from member states, financial institutions and the private sector, largely in the form of guarantees or loans, rather than grants, to give heft to its scheme.

Said von der Leyen: “COVID-19 has shown how interconnected the world we live in is. As part of our global recovery, we want to redesign how we connect the world to build forward better. The European model is about investing in both hard and soft infrastructure, in sustainable investments in digital, climate and energy, transport, health, education and research, as well as in an enabling environment guaranteeing a level playing field.

“We will support smart investments in quality infrastructure, respecting the highest social and environmental standards, in line with the EU's democratic values and international norms and standards. The Global Gateway Strategy is a template for how Europe can build more resilient connections with the world.”

One EU official told the BBC that Africa would be a major focus of the scheme. China has reached into Africa, Asia, the Indo-Pacific and the EU with BRI.

The BBC also referred to a briefing given last month by China's ambassador to the EU, Zhang Ming, in which he said Beijing would welcome the EU's Global Gateway if it was open and could "help developing countries". But he also warned "any attempt to turn infrastructure projects into a geopolitical tool would fail the expectation of the international community and harm one's own interests".

Further explaining the concept of Global Gateway, Commission Vice-President Josep Borrell, said: “Connections across key sectors help to build shared communities of interest and reinforce the resilience of our supply chains. A stronger Europe in the world means a resolute engagement with our partners, firmly grounded in our core principles.

“With the Global Gateway Strategy we are reaffirming our vision of boosting a network of connections, which must be based on internationally accepted standards, rules and regulations in order to provide a level-playing field.”

Global Gateway is to draw on the new financial tools in the EU multi-annual financial framework 2021-2027. The Neighbourhood, Development and International Cooperation Instrument (NDICI)-Global Europe, the Instrument for Pre-Accession Assistance (IPA) III, as well as Interreg, InvestEU and the EU research and innovation programme Horizon Europe all allow the EU to leverage public and private investments in priority areas, including connectivity.

In particular, the European Fund for Sustainable Development+ (EFSD+), the financial arm of NDICI-Global Europe, will make available up to €135bn for guaranteed investments for infrastructure projects between 2021 and 2027, up to €18bn will be made available in grant funding from the EU budget and European financial and development finance institutions have up to €145bn in planned investment volumes.

The EU is also exploring the possibility of establishing a European Export Credit Facility to complement the existing export credit arrangements at member state level and increase the EU's overall firepower in this area.

The facility would help ensure a greater level playing field for EU businesses in third country markets, where they increasingly have to compete with foreign competitors that receive large support from their governments, and thus facilitate their participation in infrastructure projects, the Commission said.