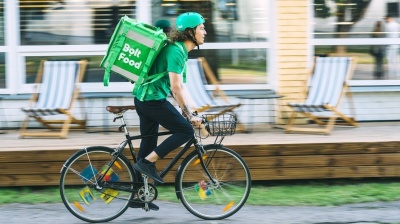 Estonia-founded ride-sharing company Bolt launched a food delivery service in its home town Tallinn on August 21, the company said in a press release. Bolt plans to expand the service to the other two Baltic states and South Africa.

Bolt, formerly known, as Taxify, was founded in 2013 by Markus Villig and operates the Bolt mobile application, which allows people to request a taxi or private driver from their smartphone. It was also the first ride-hailing platform to launch electric scooter rental via its app.

Bolt operates in 30 countries and 50 cities in Europe, Africa, West Asia, North America and Australia. The company has 25mn customers globally and more than 500,000 drivers use the platform to offer rides.

Bolt Food will deliver meals from about 80 restaurants in the country’s capital of Tallinn, including the most popular ones using the company’s existing network of thousands of drivers, the company said in a statement Wednesday.

The new Bolt Food app will suggest the closest restaurants for food delivery based on the user's location. The launch of the service in Tallinn is being promoted with free delivery to customers.

The service will launch in Latvia, Lithuania and South Africa later this year, with plans to expand to further markets in Europe and Africa in 2020.

Last year Daimler AG led a $175mn investment in the Estonian-based tech company which brought the company’s valuation to $1bn.

As Russia’s retail and tech sectors consolidate, the leading companies are turned their gaze outwards to hunt for new technology and innovation.

BlaBlaCar, the carpooling giant born in France, has stopped offering its services in Crimea, where it had been operating since 2014. The decision aims to avoid being targeted by the EU sanctions against firms operating on the peninsula, according to