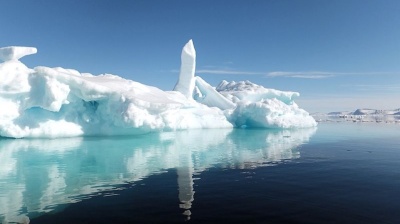 Estonia, the Baltics’ tiniest state, officially lodged an application to become an observer on the Arctic Council on November 9.

The application lays out how Estonia meets the criteria set for Arctic Council observers and provides an overview of Estonia’s experience in Arctic research and its potential contribution to the working groups of the Arctic Council if it obtains observer status, spokespeople for the Ministry of Foreign Affairs said.

Estonia’s application was presented at a video meeting held with Gudlaugur Thor Thordarson, the foreign minister of Iceland, which currently holds the chairmanship of the Arctic Council. At the meeting, Estonia’s Foreign Minister Urmas Reinsalu stressed that ensuring the sustainable development of the Arctic should not be the task of Arctic states alone, instead, it is also the responsibility of other countries, especially those in the vicinity of the Arctic. “As the northernmost non-Arctic state, Estonia is willing and ready to take on this responsibility,” Reinsalu said.

According to Reinsalu, the decision to apply for observer status is a clear example of Estonia’s commitment and broad-based interest in being a part of the work of the Arctic Council in order to contribute to the sustainable development of the Arctic.

Observer status would allow Estonia to make a greater contribution with its knowledge and expertise to the discussions on the developments in the Arctic. “The Arctic is the litmus test for climate change — while we are not an Arctic country, the developments there do not recognise national borders and directly affect us,” Reinsalu explained.

One of the most important objectives is the creation of an “e-Arctic" with the assistance of Estonian scientists and companies. Estonia’s experience in and knowledge about the creation of a digital society can help polar communities adopt efficient and secure digital solutions. For example, an e-health system, health information network, patients’ portal and online booking system would make medical services available despite infrastructural limitations.

“These days, the internet is like oxygen for people,” adds Rouhani protesting at move against cabinet member who allegedly refused to block Instagram.

Elbrus Capital, a leading private equity firm focusing on Russia and neighbouring countries, has attracted $260mn to launch its third fund. As reported by business daily Kommersant, the firm aims to raise $600mn in total by the end 2022.

Norilsk Nickel, the world’s largest producer of palladium and high-grade nickel and a major producer of platinum and copper, has announced it is joining the Responsible Sourcing Blockchain Network (RSBN).