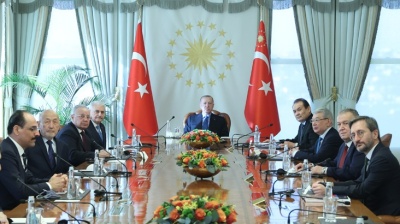 A Reuters investigation into Turkey’s “muzzled media” on August 31 drew a charge of “fake news” from Fahrettin Altun, head of the government’s Directorate of Communications.

The news agency’s report concluded that “the Turkish mainstream media, once a more lively clash of ideas, has become a tight chain of command of government-approved headlines, front pages and topics of TV debate.

“Interviews with dozens of sources in the media, government officials and regulators portray an industry that has fallen in line with other formerly independent institutions that [President Recep Tayyip] Erdogan has bent to his will, including, his critics say, the judiciary, military, central bank and large parts of the education system. Government pressure and media self-censorship share the blame, according to the people interviewed by Reuters.”

Responding to the investigation, Altun was reported by government-controlled TRT World as tweeting that Reuters was an "apparatus of perception operations and systematic manipulation".

The news service referred to more than a dozen industry insiders as saying that directions to newsrooms in Turkey “often come from officials in the government’s Directorate of Communications, which handles media relations... The directorate is an Erdogan creation, employing some 1,500 people and headquartered in a tower block in Ankara”. Altun’s officials, it added, “issue their instructions in phone calls or Whatsapp messages that sometimes address newsroom managers with the familiar ‘brother’,”.

The Reuters report also observed: “As Turkey approaches presidential and parliamentary elections, which are due in the course of the next year, Erdogan finds himself trailing in many polls. His unorthodox policy of slashing interest rates set off a currency crisis and inflationary spiral even before the war in Ukraine caused a surge in global energy and food prices. The lira has lost more than a quarter of its value this year and annual inflation is 80%, deepening poverty among Erdogan’s main working-class and lower-middle-class supporters.

“Political analysts say the president will need as much media help as he can get if he is to extend his tenure to a third decade leading Turkey, a Nato member and regional military power that sits at the crossroads of global migration, trade and history.”

In May, the Erdogan administration proposed a law it claimed would fight media “disinformation”. It did not define what that is.