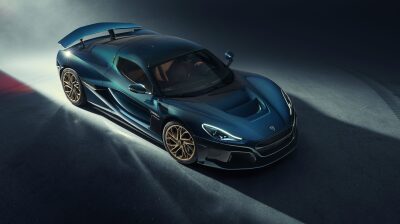 Mate Rimac, the founder and CEO of Croatian electric supercar producer Rimac Group, said that company employees have been verbally and physically attacked by racists in the capital Zagreb because of the colour of their skin.

Rimac Group is among the most successful Croatian companies with its business including a joint company with Bugatti Automobiles. As it expands, it has been taking on international talent as well as employees from Croatia.

“I am shocked and sad. I talked to the boys — they say they saw a group of young men who started out with racist outbursts towards our foreign counterparts. ‘Go back from where you came from, what the hell do you do in Croatia,’ [they said] along with other swear words. Our employees tried to avoid conflict — they crossed the road and speeded up their pace but the attackers reached them and started physical assaults,” Rimac wrote on Facebook on November 28.

According to other employees of the company, one of the attacked men had a broken nose, while others had bruises.

“One of the things we always point out to our candidates that we attract all over the world is that Croatia is a safe country in which foreigners are not treated as second-class people. This is an individual incident by a group of uneducated idiots who, I hope, will not have further impact on the perception of foreigners who have come to build their lives in Croatia,” Rimac wrote.

The mayor of Zagreb Tomislav Tomasevic strongly condemned the attack.

“I strongly condemn the racist attack on employees of Rimac Automobili. There must be no place for violence in our city, especially not for violence motivated by hatred of those who are different on any grounds,” Tomasevic wrote on his Facebook profile. The police are investigating the incident.