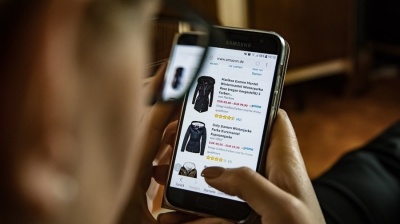 E-commerce is rapidly increasing its contribution to total food retail sales, which are expected to rise from less than 1% to 3% in Russia versus 3.5% across developed markets, reports VTB.

“Express-delivery is in our view the most rapidly growing niche and is in great demand in cities with a population of over 1mn. It was pioneered by Samokat, later followed by Yandex.Lavka,” VTB Capital (VTBC) said in a note.

As bne IntelliNews reported, e-commerce is booming and is expected to make up 20% of all retail sales by 2024 from approximately 9% anticipated at the end of this year.

“Rosstat data for September related to consumer demand was weaker than expected. Both retail sales for September (-3.0% year on year) and real wages for August (+0.1% y/y) not only fell short of the Bloomberg consensus estimates (-2.1% y/y and +1.4% y/y respectively), but were below the lower bound of the respective confidence intervals made of standard deviations around the consensus' mean estimates,” BCS GM reported.

However, the online sales of the top 10 retailers have been growing in triple digits this year. Market leader X5 Retail Group saw sales expand 3-fold, Sbermarket, the online offering from Russian state-owned retail bank Sberbank, up 8.4-fold and e-commerce leader Wildberries up 8.5-fold y/y in the first nine months of this year.

X5 is a leading player in this transformation, as bne IntelliNews reported in an interview with its CEO recently.

X5 now covers more than 500 outlets in 10 cities with a blended ticket of RUB1,500-1,700 and over 16,000 orders daily, as of the October update. Stock-up shopping is mostly covered by online hypers (Perekrestok, Vprok, Utkonos) and assemblers (Sbermarket, iGoods). In this segment, X5 is present via five dark stores with a blended check of RUB4,000 and more than 12,000 daily orders as of October.

The total investment into the online platform, as mentioned by the company in May, is RUB5-6bn.

“Future investment would be of a different nature (i.e. application development, private labels, dark stores), while the existing store base, logistics and purchasing terms are the key tailwinds,” VTBC said. “The comment on the valuation of the online businesses implied some 1.6x P/Sales, compared with the existing multiple for X5 of 0.4x. Across global e-commerce operators, we see the multiple at 3.5x.”

Mohammad Javad Azari Jahromi, who brought 4G to the Islamic Republic, seen as siding with the country's youth.

Tax cut to incentivise further development of the IT industry, said PM Zoran Zaev. North Macedonia's IT industry grew 17% in 2016-2019.

The number of online transactions in Croatia between March and October 2020 increased by 34% year on year, while their value jumped by 38%, the Croatian National Bank reported.

Russia’s most famous tech entrepreneur and the creator of the Telegram messaging service has rejected an offer by Western funds to buy a 5%-10% stake in the company with a valuation of $30bn.