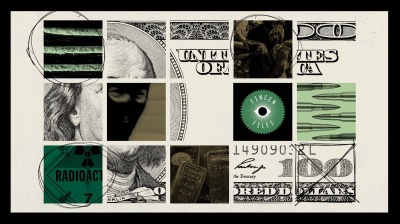 The investigation was named FinCEN as that is the acronym of the US Treasury Financial Crimes Enforcement Network.
By bne IntelIiNews September 22, 2020

Reviews of three dozen leaked suspicious activity reports (SARs) used in bank compliance have unearthed payments worth $1.4bn linked to Turkmenistan between 2001 and 2016, according to the International Consortium of Investigative Journalists (ICIJ).

The reports reviewed by the US-based non-profit feature in a much larger international ICIJ investigation, which found that banks allowed up to $2tn of possibly dirty money to travel the planet. The probe, named the FinCEN Files investigation, found that big global banks have been a key part relied on by a worldwide system for laundering money, playing roles that have helped to make possible a range of activities from fraud to organised crime.

Bank compliance officers tracking the Turkmen transfers concluded that the transactions deserved more scrutiny, according to the ICIJ report.

“The wires appear suspicious because they were often sent in a repetitive nature and typically involved suspected shell-like entities,” the report quoted an employee in Bank of New York Mellon’s legal department, who wrote off nearly $100mn in transfers in the last three months of 2016, as saying.

The ICIJ analysis also noted that some UK-based firms received money from Turkmenistan despite reporting to regulators that the firms were not taking part in any active engagement in business at the time of the transfers.

“Confectioneries” payment to Scotland from Ashgabat

One example included a $1.6mn payment from Turkmenistan’s trade ministry sent to a company in Scotland called Intergold LP. Bank records indicated that the payment was for “confectioneries” and originated from the ministry’s bank account in Ashgabat. The money passed through Deutsche Bank in New York and arrived in Intergold’s Latvian bank account.

Intergold was created 10 months prior to making its transactions with the Turkmen government, according to the leaked records. The company’s address is listed as a store in Glasgow, Scotland, called Mail Boxes Etc. The storefront suggests making it “your business address”, the ICIJ report said. Intergold has since renamed itself to SL024852 LP—the business’s ownership is unclear as well as its legitimacy.

“James Dickins, who signed official registration documents at the time of Intergold’s creation, also signed off on accounts for at least 200 other companies in England,” ICIJ noted. “British companies have emerged in recent years as popular tools to hide crooks’ and corrupt officials’ bounties.”

“This definitely sounds like a case where a shell company has been used to stash funds from state coffers,” Annette Bohr, a research analyst at London’s Chatham House think tank, told ICIJ. “They were likely thinking that putting down ‘confectionery’ will not ring any bells.”

In the ICIJ-reviewed SARs, Deutsche Bank does not mention why the transactions were seen as suspicious. Deutsche Bank’s role in the transactions was that of a correspondent bank. In other words, the bank allowed Turkmen banks used by ministries and well-connected entrepreneurs to convert Turkmen national currency (manat) into dollars in order to pay into other accounts around the globe.

Deutsche Bank served a similar role for Turkmenistan during the late autocrat Saparmurat Niyazov’s rule in Turkmenistan. The bank used to hold around one-third of the country’s revenue in accounts that could only be accessed by Niyazov, an anti-corruption group Global Witness told ICIJ.

Opposition leaders accused the government of failing to deal with the coronavirus pandemic as well as the violation of fundamental principles of the constitutional order and freedom of the media.

The volume of the Russian National Wealth Fund in December 2020 increased by RUB89bn ($1.21bn) to reach RUB13.546 trillion ($183.93bn) as of January 1 as the share of gold in reserves overtook dollar assets for the first time ever.

Janez Jansa’s conservative government suspended funding for the news agency in December after accusing it of unfair reporting.

The development bank's focus has been helping existing clients by providing short-term liquidity and working capital.