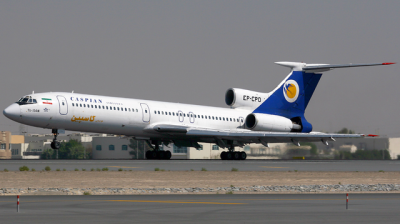 The story of a 22-year-old Boeing 737 making an emergency landing in Iran has caused a ruckus in the airline community following its sale to Iranian carrier Caspian Airlines at the end of February.

As initially reported by bne IntelliNews, on February 21, a Boeing 737-300 registered to Fly Armenia Airways, only founded in October 2019 and possessing only that one aircraft and never having operated a commercial flight in history, has raised plenty of eyebrows.

The aircraft was meant to fly from Tallinn to Yerevan, but was given a new flight plan to fly onwards towards Dubai in the United Arab Emirates, but it then disappeared over the skies of Iran, a country that struggles to acquire passenger jets because of the grip of US sanctions on its economy.

The aircraft was at first thought to have been hijacked, causing panic in Armenia and the UAE, but it was later found to have made a rather convenient emergency landing in Tehran, media reports suggested.

Newspapers in Armenia on February 24 reported confusion as to how an Armenian-registered Boeing 737 aircraft that took off in Estonia for a flight to Yerevan came to be diverted to land in Iran.

The One Mile At A Time aviation website, citing the events as "the most interesting airline story of 2021", carried a nonsensical message from Armenia Airways posted on Facebook, reading: "Dear colleagues, We inform you that today’s press conference will not be held. The reason for the delay of the press conference is not to arrive from the Islamic Republic of Iran. We apologize."

Analyst and expert on US foreign policy Suren Sargsyan warned that the incident, involving an aircraft with no passengers as it was on a technical flight, could invoke US sanctions, writing in a Facebook post: "[The aircraft] was given or sold to Iran in unknown circumstances, and it is surprising how the aviation authorities have allowed that to happen, given the international sanctions against Iran. The aircraft was supposed to arrive in Armenia days ago but landed in Tehran instead.

"I'd just like to remind you that any entity (state) that sells products prohibited by US law to Iran may be subject to American sanctions."

Hakob Tshagharyan, a former aide to Prime Minister Nikol Pashinian, was quoted by local press as saying that the plane flying from the Estonian capital was "hijacked" half-way into its flight and taken to Iran.

"On February 21, the Civil Aviation Committee of Armenia received a cable from the UAE General Civil Aviation Authority about an aircraft hijacking involving a Boeing 737 registered in Armenia," Tshagharyan wrote on Facebook.

He added: "The plane took off from Tallinn, Estonia, and was supposed to land in Yerevan. However, it was decided mid-flight to go to the [United Arab] Emirates for a technical inspection. Due to ‘a technical malfunction’, the plane ended up landing in Tehran."

Following the reports, the Armenian Civil Aviation Authority denied to Armenian media that it had received official information about an aircraft hijacking.

The confusion over the plane’s whereabouts was finally cleared up when Iran-based Caspian Airlines decided to purchase the jet following the declared emergency landing.

Quite naturally, analysts will ponder whether the transaction follows an entire exercise and creation of an Armenian airline in a giant ruse enabling Iran to buy planes by the side door.

The use of a so-called emergency landing in Tehran would amount to an entirely novel way of purchasing a plane. Perhaps it was an incident involving a Norwegian Air Shuttle ASA aircraft which ended up in Iran last year that got certain parties thinking.

The Norwegian jet was a much newer model than the “Armenian-owned” aircraft. It was meant to be on its way to Dubai when a technical fault made it land ahead of time at Shiraz Airport in Iran in January 2019.

That plane ended up sitting on the runway at Shiraz for weeks, as US sanctions against Tehran did not permit Iranian engineers to fit the necessary parts to the plane that would enable it to recommence its journey. Ultimately, Boeing and Norwegian representatives managed to fix the faults, but not without several parties having to struggle to shift the brand-new plane from Iranian territory.

That case highlighted the extent of how far-reaching US sanctions applied to the Iranian aviation industry and something as innocuous as a technical fault landing may cause companies untold months of stress to retrieve a plane from the Islamic Republic. It also highlighted how Iranian airlines are enduring ageing fleets that lower passenger safety, with some of their oldest planes said to be on sale to whoever wants a museum piece.

During the debacle that broke out over the Norwegian Airlines jet, many in Iran were quick to say the Iranians should simply purchase the plane from the foreign company to boost the country's passenger aircraft stock. That offer was immediately rejected by the European firm, which had no intention of getting into bed with IranAir or any of its local competitors.

The landing of the Armenian jet has several striking similarities to the Norwegian Airlines case, such as the onwards destination to Dubai, having to make an emergency landing in Iran “for safety” and the failed back room negotiations between the Iranians and the Norwegians. Did those failed negotiations inspire a blueprint for how Iran could get its hands on planes via a circuitous, sanctions-busting route?