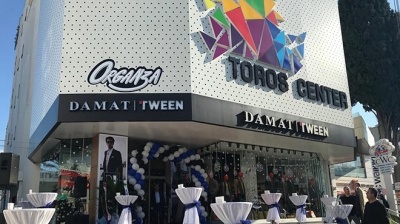 Mall operators left with no tenants willing to take on franchises are taking them on themselves.
By Akin Nazli in Belgrade January 22, 2021

Operators want to bring brands into their malls and the franchised delivery of brands via themselves is becoming a trend, according to Orakcioglu.

According to Investcorp, Orka, established in 1986, operates 213 stores, including 162 in Turkey and 51 abroad.

“The malls are becoming their own tenants,” the operator said, adding that it was not seen as too illogical given that the approach stopped brand and occupancy rate losses.

It is expected that declining occupancy rates will be the main trouble facing Turkey’s shopping malls in the coming period, Avi Alkas, deputy head of the Turkish Council of Shopping Centres (AYD), was cited as saying by Dunya.

Surviving with 60-70% of store units empty was too much of a challenge for shopping centres, added Alkas, who in a reference to the damage wrought by the coronavirus pandemic, remarked “contagiousness is the order of the day”.

When empty store units started to emerge, knock-on effects could emerge, Alkas continued, adding that operators and retailers were putting their heads together to determine what they could do to address the situation at a time when the bricks and mortar retail industry was having no joy due to the growth of e-commerce.

‘30 at risk of bank takeovers’

On January 14, Huseyin Altas, head of the AYD, said that around 30 shopping malls in Turkey were at risk of being taken over by banks in the next three months due to outstanding investment loans amounting to $15bn.

In December, Akbank took over a shopping mall and a boutique hotel in Istanbul. Local media claimed that the lender was in talks to take over another shopping mall in exchange for a loan debt.

In November, Qatar bought a 30% stake in Istinye Park Mall in Istanbul.

According to local association BMD, which represents 423 local brands, the share of online sales in the turnover of polled association members reached 21% in 2020 from less than 8% prior to the emergence of the pandemic despite overall turnover standing at 60% of pre-pandemic levels.

In July 2019, more than six months before the world started taking note of the start of the pandemic in China, Sinan Oncel, head of BMD, said more than 4,000 store spaces were vacant in Turkey’s 400-plus shopping centres, with high costs and weak consumer demand hitting the country’s retail industry.