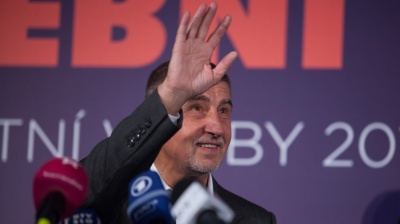 Czech Prime Minister and the fourth richest Czech Andrej Babis received extra income from the company Agrofert (CZK90mn or €3.4mn) and his Imoba trust funds (CZK2.5mn) in 2019, shows a statement of incomes which Czech politicians have to submit to the Central Registry if the amount received exceeds CZK100,000.

From the Luxembourg company Sogelife he received CZK6.8mn and from the Swiss Bank Vontobel CZK14.9mn. Despite the CZK100,000 limit, he also reported CZK1,300 sent to him by his ANO party and CZK350 from the hunting company Bzany.

In total, Babis earned about CZK114mn in 2019. At the end of the year, he had CZK161.3mn in his current account, which has roughly doubled year-on-year.

The Czech PM was just recently condemned by the European Parliament (EP) for his active involvement in implementing the EU budget while still allegedly controlling Agrofert, which is one of the largest beneficiaries of EU subsidies in the Czech Republic.

“If the conflict of interest of the Czech prime minister is confirmed, he has to remove his business interests by giving up control over any company receiving EU subsidies, refrain from participating in decisions that impact subsidies received by any company where he is the final beneficiary, or ultimately, step down as a prime minister,” said the chair of the EP Budgetary Control Committee Monika Hohlmeier.

The Czech government has approved an official reproach against parts of EP resolution, saying it is “a political, rather than a professional assessment of the issue”. According to the Czech officials, the EP is partially interfering in the internal and political affairs of the EU member state.

By welcoming the reopening of the investigation into Babis' participation in the Stork's Nest case and expressing confidence that the Czech judiciary would proceed independently and politically unbiased in this criminal proceeding, MEPs violated the presumption of innocence principle and put political pressure on a particular criminal proceeding, government officials said.

On June 30, in response the European Parliament president David Sassoli sent a letter to Babis, regarding alleged interference by the EP in the internal affairs of the Czech Republic.

“In this respect, I wish to take the opportunity to recall that the EU Treaties give the European Parliament the power and the duty to give or deny the discharge to the European Commission on the implementation of the EU budget, in the exercise of its powers as budgetary authority and of its function of democratic oversight,” said Sassoli.

“The resolution adopted by the European Parliament is therefore to be considered as part of this process and as an act stemming from its powers of budgetary control and democratic oversight, that should be regarded by all EU actors with the utmost respect,” he added.