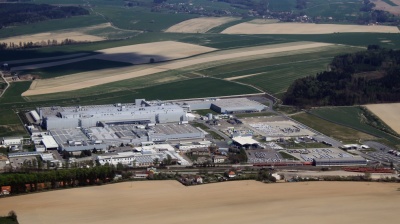 The Skoda car factory near the village of Kvasiny.
By bne IntelliNews July 8, 2020

“Czech industrial production increased by 13.8% m/m, which is not surprising as April was affected by broad shutdowns at the main carmaker factories. But the increase was still lower than expected,” said ING chief economist Jakub Seidler.

According to PwC partner and expert in advising companies in crisis Petr Smutny, the figures show how dependent the Czech industry is on car production.

“While some main car producers reopened in May, not all were operating at full capacity at the start, and carmaker TPCA [Toyota Peugeot Citroen Automobile] remained closed until the end of May. As such, only a limited improvement in car production was anticipated and the y/y decline in car production was 50% after an 80% slump in April,” Seidler noted, adding that recovery in many other industrial segments was even more limited and the y/y decline in some segments actually accelerated in May.

According to Seidler, May's recovery was slower than was hoped for, not only due to some ongoing restrictions, but also because of weaker foreign demand. “Indeed, new foreign orders were 37% lower in y/y terms vs. -45% in April,” he said.

“However, this is not the case only for the Czech Republic, as German industry also lagged expectations in May and signalled that the recovery of industry might be somewhat slower than anticipated earlier,” Seidler added.

The average registered number of employees in industry posted a decrease of 3.6% y/y in May, with the average gross monthly nominal wage going down by 6.1% y/y.

Analysts say that the PMI is currently reflecting the manufacturing sector’s problems in meeting demand but the problems appear to be temporary.

Russia’s manufacturing PMI slips to 50.4 in April as growth slows

The headline seasonally adjusted IHS Markit Russia Manufacturing PMI registered 50.4 in April, down slightly from 51.1 in March, to signal the slowest improvement in operating conditions in the last four months.