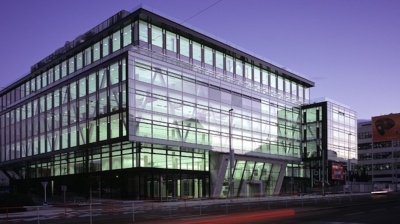 PPF is rethinking its investment portfolio following the death of Petr Kellner.
By bne IntelliNews October 19, 2021

No financial details were released, but this spring Bloomberg reported that PPF valued CETIN at $8bn.

“As a long-term investor, we are confident that the digital infrastructure sector will continue to grow robustly and CETIN, as the leading telecom platform in Central Eastern Europe, is well positioned to capitalize on that growth,” said GIC’s Chief Investment Officer of Infrastructure Ang Eng Seng.

“Our partnership with GIC opens new possibilities for CETIN Group to draw upon the expertise of a leading global infrastructure fund and new prospects in our pursuit of business and growth opportunities in the telecommunications infrastructure market,” commented CETIN Group CEO Juraj Sedivy.

According to an analyst at J&T Bank Milan Vanicek, the new strategic partner in the CETIN Group means that the chances of the company doing an IPO in the near future have significantly decreased or almost disappeared.

Earlier in September, daily Hospodarske Noviny speculated that PPF Group was considering either selling part of its telecommunications infrastructure company CETIN to an investor or listing it on the Amsterdam stock exchange.

Radim Dohnal, founder of Capitalinked.com, said that the transaction is proof that PPF Group sees this sector as close to its top or fears regulatory or tax intervention.

"For such cases, it's good to have a government fund from a prominent country by your side, such as one of the 11 countries rated AAA by S&P. Whether the motive for PPF is the need to bring additional resources to Home Credit, I don't know, but it is possible," he told the Czech News Agency.

After buying telecommunications companies in the Czech Republic in 2014 and in Hungary, Bulgaria, Montenegro and Serbia in 2018, PPF spun off their fixed and mobile networks, combining them into Cetin Group last year.

According to Bloomberg agency, PPF Group is also reportedly considering changes for its consumer lending company Home Credit and is now in discussion with advisers about options on partnerships and selling stakes, particularly focused on Southeast Asia and India. Home Credit activity in Indonesia, Vietnam, the Philippines, and India could be valued at between $2 billion and $2.5 billion, Bloomberg said.

There have also been reports in the Russian press that leading Hungarian bank OTP is in talks to acquire PPF Russian unit Home Credit,  which would be one of the largest private M&A deals in the Russian banking market. According to a Frank Media source, the decision to sell the Russian operations was made shortly after the death of PPF founder Petr Kellner.