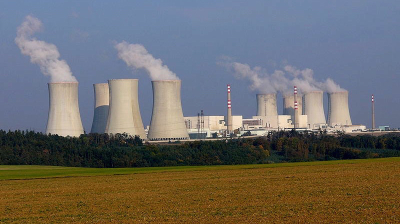 Bulgarian financial and insurance group Eurohold said on June 20 it has signed a deal on the acquisition of the local assets of Czech energy company CEZ for €335mn.

CEZ decided to leave the country over long-standing disputes with the Bulgarian authorities, and the deal with Eurohold follows a lengthy saga as an earlier deal struck by the Czech utility to exit its investment in the country was blocked by regulators.

In April, Eurohold was granted exclusivity for the deal after a previous attempt by CEZ to sell its assets to another local firm, Intercom, failed.

Eurohold said it has already signed a mandate with two international investment banks for securing the financing of the deal and will pay part of the deal with own funds. It has not elaborated what part of the sum will be borrowed.

In April, Eurohold said that its intention to buy CEZ’s business is part of the company’s long-term strategy to enter new regulated business segments that offer big growth opportunities.

The company said it has already set up an advisory committee comprising experts with extensive international experience in electricity distribution who will help the integration of CEZ in the holding’s structure.

It has also agreed with CEZ Bulgaria’s current top managers will remain on their positions to guarantee the smooth transition of ownership.

The deal is yet to be approved by the authorities in Bulgaria, where the financial supervision body has launched a probe into Eurohold and in its main units. The anti-monopoly regulator, which blocked the original deal with Inercom, now has to approve the contract with Eurohold.

In Bulgaria, CEZ operates an electricity distribution business with 2mn customers, a retail electricity supplier, and a wholesale trader. The Varna coal-fired power plant also owned by the firm has an installed capacity of 1,265 MW., and was recently acquired by Ahmed Dogan, the chairman of honour of Bulgaria’s ethnic-Turk Movement for Rights and Freedoms (DPS). In addition, CEZ owns two renewable plants.

Lately, however, CEZ Group has decided to change its strategy and focus even more on the Czech market. Abroad, the company will focus on services related to modern decentralised energy in the future. CEZ shareholders were reportedly dissatisfied with the group’s strategy in Eastern Europe and told the management that it couldn’t achieve long-term profitability in some markets such as Romania, Albania, Bulgaria and Turkey.

The company’s activities in Bulgaria have met with opposition from within the Czech Republic, where the Pirate party filed a lawsuit against an unknown perpetrator on June 21, as reported by Euro.cz. The Pirates claim that CEZ’s purchase of a Bulgarian power plant cost the Czech state several billions of crowns. The company bought the Varna power plant in 2006 for CZK5.8bn (€226.4mn) and put CZK2.8bn more into it as an investment.

“Overall, the investment wasn’t profitable, because from 2006 to 2016 it generated a cumulated loss amounting to CZK1.2bn. So we are talking about around CZK9bn in costs in total, although in 2016 CEZ sold the power plant for CZK1.2bn,” said the chairman of the Pirate political group Jakub Michalek.

Meanwhile, CEZ has also been reportedly considering selling its businesses in Romania, though the company’s representatives have not confirmed the information. The main obstacles to such a plan seem to be finding a suitable investor. In Romania, the group has electricity distribution and supply subsidiaries as well as a large (600MW) wind farm.

Customs officials confiscate 70 tonnes of fine cheese smuggled into Russia from the EU
18 hours ago
Trump postpones G7 summit in US, invites Russia to attend
19 hours ago
Bosnian Federation’s prime minister detained over import of useless ventilators from China
2 days ago
Turkish Treasury taps $3bn from domestic paper sales to local banks ahead of eurobond redemption
2 days ago
Hungary’s Wizz Air uses crisis to aggressively take on competition by expanding to new routes
2 days ago