Crypto finds its wings amid hard times in Mongolia 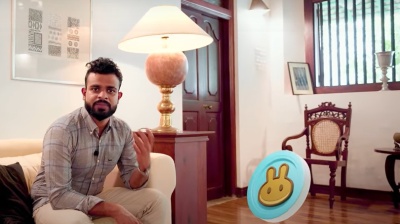 Screenshot of a promotional video for Inflation Hedging Coin, or IHC, launched in Mongolia. / IHC video screengrab.
By Antonio Graceffo in Ulaanbaatar August 26, 2022

It’s no wonder Mongolians are increasingly turning to cryptocurrency. Mongolia’s 3.3mn people are enduring a third year of the Covid economy, while they are also beset by skyrocketing gas prices, a falling currency and shortages caused by economic effects of the war in Ukraine.

Thirty-nine-year-old Sundui, coin director (operations) at Coinhub, explained how Mongolians use cryptocurrency to mitigate financial risk. “It's not a risk-free move to keep money in tughrik savings in the bank when inflation is high. Inflation is 15%, savings are 9% and prices are rising. But the reality is that you're losing 6%.”

Sundui’s sentiments were backed up by numerous Mongolians from various walks of life.

“Mongolians are investing in crypto,” said Minga Batsukh, co-founder and director of Blockrock Management. “They don’t want to put all their eggs in one basket, but crypto is one of the options, particularly for young people. It has increased tremendously over the past six to seven months. The number of people talking about crypto is much larger than a year ago, or two years ago. And the numbers keep growing.”

Investing in crypto was not always an option for Mongolians. Minga first became interested in cryptocurrency in 2016 after talking to a coworker from New York. He recounted how in 2017, when he started investing, “Mongolia did not have platforms, and most people did not know what crypto was. I had to use foreign platforms from China or Europe. Now you can invest directly from Mongolian bank accounts, easily moving money in and out.”

Mongolia’s first cryptocurrency was ArdCoin, which was issued by Ard Financial Group in January 2019. ArdCoin offered Mongolians the opportunity to exchange ArdCoin for Mongolian tughrik, US dollars or other cryptocurrencies such as Bitcoin and Ethereum. Having a homegrown coin also affords Mongolians living abroad the opportunity to access their country’s financial markets. Some sources claim that as many as 500,000 people, or one in six Mongolians, own ArdCoin. Sundui estimated that across all of the coins, the number could be as high as 600,000 active traders.

Mongolian investment in coins is directly correlated to the Mongolian calendar with investment dropping during cash-intensive holidays such as Tsagaan Sar (Mongolian Lunar New Year), Valentine's Day, Women's Day and Men's Day. During the pandemic, these holidays were cancelled, so investment was high. In 2022, the holidays were reinstated and investment fell off.

Although cryptocurrencies cannot be used to purchase anything in the country, Mongolians have found other uses for them. Sundui said that Mongolians were using coins as a fast and cheap means of transferring money abroad. “The total time to receive an external USD swift transaction is two days, but crypto is only a matter of minutes and the cost is even lower. So, it is more convenient to use crypto to make international payments.”

Davaadorj, a 25-year-old UX/UI designer and social media specialist, invests in crypto for growth and to generate passive income. “The main reason why I invest in crypto is that when compared to stocks, index-wise, they are far more fast-growing and profitable.”

The pandemic accelerated cryptocurrency investment as many Mongolians saw an alternative way to earn money during lockdown. Twenty-six-year-old Baasanerdene, of Capex Exchange, said: “During the pandemic, the number of people who invested in crypto increased, because people were staying home, and most of them were searching for ways to earn money online.”

While interest in cryptocurrency is growing in Mongolia, domestic coins have been problematic.  The high penetration of ArdCoin is in part due to the fact that at least 33 companies are offering ArdCoin as a bonus to their customers. These companies, who regularly purchase coins to issue to customers, are creating a market and giving the coin some liquidity. Lack of liquidity has been a key reason why international cryptocurrencies are preferred to domestic coins.

Mistrust of Mongolian coins is another factor steering Mongolians toward international coins. Twenty-one-year-old Naranbayar, a university student who invests in cryptocurrency, reflected, “Local cryptocurrencies are somewhat in a big mess right now. Because people have invested, people lost a lot. A lot of times, the majority of times, people lost money, which is bad… [An exception is] the IHC, but now its price is declining to 0.40 tughrik [a fraction of its previous value] and that just shows the true nature of local coins”.

With coins such as Bitcoin losing as much as 50% of their value in 2022, the Mongolian government has been increasing the regulation of cryptocurrencies. In particular, Mongolian coins are coming under government scrutiny. Legislation regulating the cryptocurrency industry, known as the Law on Virtual Property Service Providers, came into force on December 14 last year.

At least 59 cryptocurrencies have been issued in Mongolia but 21 of the coins have been banned under the Virtual Investor Law. However, 26-year-old Baasanerdene of Capex Exchange said that of the roughly 41 Mongolian coins currently in existence, only 17 are traded on Capex Capital. Sundui confirmed that there are 32 international coins and nine local coins in Mongolia.

Baasanerdene commented on the government regulation, saying, “Since the Financial Regulatory Commission [FRC] set a threshold, there has been no new coins issued. There are also crypto coins that are at risk of being removed.” He recalled that on February 25, the FRC legislation led to the suspension of several coins.

Since the Russian invasion of Ukraine in late February, a lot of Mongolians have ceased their crypto investing. “People react to war and different economic situations very fast,” said Baasanerdene. The macroeconomic situation has also spooked some investors. “And despite the large number of customers in the crypto market, the value of the crypto currencies has been depreciating, and in these situations investors have been reluctant to invest as a way of offsetting risk,” added Baasanerdene.

Davaadorj agreed that pessimism has spread aross crypto investing because of the war. “Since the beginning of the war, the market as a whole has been in a slump, making long-term trading impossible.”

Suldbayar, on the other hand, has increased his investment activity since the conflict began. “The war in Ukraine made me invest more because saving the money as tughrik means lost value over time; it is beneficial if I convert it.”

And there lies the crux. In fraught times, many, including Ariunjargal, continue to conclude that it is safer to keep their assets in currencies that are tradable in USD.

Antonio Graceffo, PhD, China-MBA, is an economist and China analyst who has spent over 20 years in Asia, including seven in China, two and a half in Taiwan, and two and a half in Mongolia. He conducted post-doctoral studies in international trade, at School of Economics Shanghai University, holds a PhD. from Shanghai University of Sport, and China-MBA from Shanghai Jiaotong University. Antonio is the author of seven books about Asia, 3 of which are about the Chinese economy. For the past 10 years, he has been reporting on the Chinese economy, US-China trade war, investment, geopolitics, and defence. Since 2019, Antonio has been based out of Ulaanbaatar, where he continues his China economic research, while also reporting on the Mongolian economy. In addition to publishing reports and articles on a regular basis, he makes frequent appearances on television as a China economic expert on NTD TV, Bloomberg Mongolia TV, and VTV.