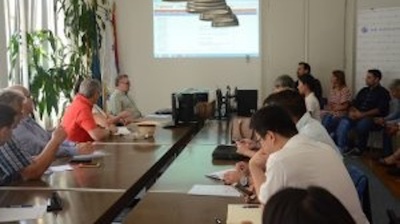 Ten companies and consortia have submitted bids to build part of a €297mn rail project to connect the Croatian port of Rijeka with the Hungarian border, Croatian Railways Infrastructure (HŽ Infrastruktura) announced on July 22.

The project, to be 85% financed by the European Union from the Connecting Europe Facility (CEF), is the largest infrastructure project in Croatia’s recent history, the rail company said.

“This is a strategic project of public importance for the Republic of Croatia and to date the largest infrastructure railway project in the recent history of the Republic of Croatia … Its implementation will increase the capacity of railroads, increase the speed of traffic with the modern two-lane line and raise the level of safety on the corridor,” stated HŽ Infrastruktura.

The winning bidder will have to expand a 42.6-km railway line connecting Krizevci and Koprivnica in north Croatia with the Hungarian border, as part of a wider plan to modernise rail transport from Rijeka to central Europe.

All three projects will contribute to the Croatian part of the Mediterranean corridor from the Hungarian border via Zagreb to Rijeka. "By their realisation ultimately conditions will be created for further increase in the volume of cargo in the Rijeka port and in raising its competitiveness,” the company said.

Two of the bidders are from China, which has been increasingly active in the Balkan infrastructure sector: a consortium of China Tiesiju Civil Engineering Group and China Railway Electrification Engineering Group, and a second consortium led by Sinohydro Corp.

Another two are from Turkey: Cengiz Insaat Sanayi ve Ticaret, and a consortium lead by Turkey’s Yapi Merkezi Insaat.