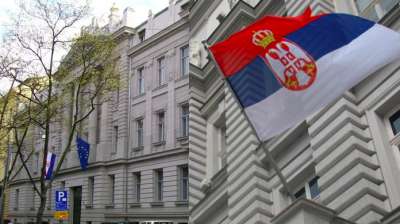 By Eldar Dizdarevic in Sarajevo, Denitsa Koseva in Sofia February 25, 2021

Croatia successfully placed two Eurobonds on the international markets on February 25, the finance ministry said in a statement on February 26.

Croatia’s issue followed swiftly on from a Eurobond from Serbia, which took advantage of the still favourable conditions on the international financial market and for the first time issued 12-year government bonds denominated in euros on the international capital market in the amount of €1bn on February 24, announced the Ministry of Finance on its website.

“Thanks to the selected time to carry out the transaction, we have reached extremely favourable conditions, with as much as 30 basis points lower than the initially published price for both tranches, despite the complex market conditions,” the ministry noted in the statement.

“The significant interest of investors and the achieved conditions of the issues are a sign of positive perception of the economic developments that are better than initially expected given the impact of the COVID-19 pandemic. The entry of the Republic of Croatia into the European Exchange Rate Mechanism (ERM II) and the Banking Union confirmed the successful implementation of the set of measures in the domain of monetary and fiscal policy,” the ministry also noted.

The funds raised from the two Eurobonds will be used for refinancing of another Eurobond, which matures in March and is worth $1.5bn. This bond has annual coupon of 6.375%.

Croatia has estimated that, thanks to the much lower coupon of the new issues, it would save over HRK460mn (€60.7mn) per year.

Meanwhile, Serbia’s finance ministry added that the money it raised will be used to repay “some old and expensive debts”. Due to the great demand, which reached €3.5bn, the Serbian government managed to reduce the initial interest rate by 35 base points and issue bonds at a yield rate of 1.920% and a coupon rate of 1.65%, with a maturity date of 12 years.

“This transaction continues Serbia’s successes in the capital market,” Serbian Finance Minister Sinisa Mali claimed, noting the favourable interest rates, “achieved in the conditions of uncertainty in the market, while the coronavirus pandemic is ongoing”.

Mali said that investors continued to show trust in the structural reforms carried out by the government of Serbia and that a demand of over €3.5bn was achieved, coming from over 200 respectable funds, insurance companies and banks, primarily those from Europe and America.

“We are very satisfied with the response of the investors and today’s issue of Eurobonds, which we will use to repay some old and expensive debts that are due this year,” he said and added that a debt of $700mn based on a bond with a coupon rate of 7.25% was due in September.

Mali said that the share of the public debts in GDP had been 52.9% one day before the issue, which was “lower than at the beginning of the epidemic”, and announced that Serbia would not increase the public debt by the end of the year to a greater extent.

He also said that, considering that a further growth of the yield rates in the international markets was expected, Serbia had been ready to use the most favourable conditions in order to obtain the necessary funds to repay the debts due in 2021.

This success was also helped by the news that dinar bonds will be included in the GBI-EM Global Diversified index, which is a benchmark index for bonds issued in local currencies of developing countries. The index will include three issues of dinar bonds, with original maturity of seven, ten and 12 and a half years and which mature in 2026, 2028 and 2032.

With this transaction, Serbia continued to actively manage public debt during the crisis caused by the coronavirus pandemic. Previously, in order to optimise the currency structure of the debt, it successfully conducted two hedging transactions.

This significantly reduced the share of dollar debt in the total public debt portfolio to 12.4%. Continuing in the same direction and with the same goal, Serbia issued the new Eurobond in euros, which further reduced the exposure to currency risk and minimised the exposure of public debt to the impact of changes in the US dollar exchange rate, said the Ministry of Finance on its website.

Moody’s says Bulgaria, Croatia and Romania have chance to be the main winners from EU’s post-crisis funding