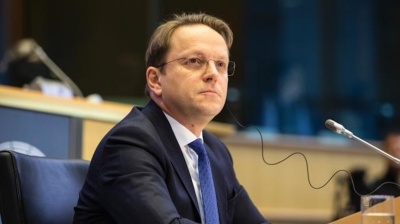 The European Union is exploring options to help Montenegro to repay its debts and reduce financial risks arising from past loan arrangements, the Enlargement Commissioner Oliver Varhelyi wrote on Twitter.

His statement comes after other officials indicated that the EU cannot help Podgorica repay its Chinese loan taken out by the previous government for the construction of the first priority stretch of the Bar-Boljare motorway.

At the end of March, Montenegro’s Deputy Prime Minister Dritan Abazovic said the government had asked the EU to help it repay a loan to China’s Exim Bank, but in April local media quoted EC spokesperson Ana Pisonero as saying that the EU does not repay debts toward third countries.

“We stand by Montenegro and support its EU path. We’re exploring options with VladaCG [Montenegro’s government] and our partners to find workable solutions for [the] country’s investment projects and to ensure sustainability of its public debt and eliminate risks of past arrangements, respecting EU policy and financial rules,” Varhelyi wrote.

His statement was welcomed in Podgorica and Abazovic responded with another tweet, thanking him for the support.

“I would like to express my gratitude on behalf of Montenegro. We are deepening cooperation and building a common future for a large [EU] family. Thank you Oliver Varhelyi for support,” Abazovic wrote.

Back in 2018, Montenegro was listed as one of eight countries at growing risk of debt distress after taking out Chinese loans extended under the One Belt, One Road Initiative (OBOR), according to a study by Washington-based think-tank the Center for Global Development.

The huge cost of the motorway – estimated to be the most expensive road per kilometre in Europe because of Montenegro’s mountainous terrain – in comparison to the country’s tiny economy previously rang alarm bells among international financial institutions (IFIs) and rating agencies.

The previous government increased fiscal discipline in an attempt to prevent a hike in public debt, with Exim Bank as the largest creditor. However, it relaxed the measures at the beginning of 2020, only to come under intense pressure with the start of the coronavirus (COVID-19) pandemic. Its economy is among the worst affected in emerging Europe by the pandemic due to the collapse of its tourism sector, which typically contributes 25% of GDP.