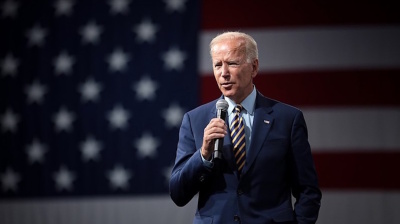 At its summit on 14 June, Nato is expected to signal a shift to address the security challenges posed by China. This is overdue, but in order to be able to implement a strategy to address the growing threat from a rising, authoritarian power in Asia, Nato must act swiftly to put in place robust defences in the Baltic states, Romania and Poland to deter destabilisation and interference by a weaker, but dangerous, anti-democratic power in Europe – Russia.

Nato should commit the maximum defensive support possible short of membership to Ukraine as a neighbour whose security, prosperity and territorial integrity are essential to regional stability. Words of support alone are not enough to deter Moscow.

The UN estimates that more than 13,000 people have died in the Russia-backed conflict in eastern Ukraine, from where more than 1.5 million people have fled their homes. Tens of thousands have fled, or been expelled from, Belarus since the August 2020 presidential election, including Sviatlana Tsikhanouskaya, the opposition candidate who almost certainly would have won the election if the votes had been properly counted. More than 35,000 protesters have been arrested, at least seven have died in police custody, and thousands have been tortured.

The diversion to Minsk of a Ryanair flight on 23 May so that the Belarusian authorities could arrest Raman Pratasevich, an exiled Belarusian journalist, was a stark reminder of the security threat we face today, especially on Nato's Eastern borders. As UK Foreign Minister Dominic Raab stated on 1 June, “from Russia’s aggressive behaviour towards Ukraine to Lukashenka’s assault on civil aviation, democratic values are under attack”.

In April, Russia massed troops and military hardware in occupied Crimea and on the southeastern borders of Ukraine and announced the unilateral closure of Ukrainian territorial waters near Crimea to non-Russian ship traffic until 31 October. This blocks Ukraine’s access to Mariupol and Berdansk in the Azov Sea, and breaches the UN Convention on the Law of the Sea. Three Nato members have ports on the Black Sea and must join with Ukraine to demand their right of access.

Two days after the Nato summit, US President Joe Biden plans to meet his Russian counterpart in Geneva. Vladimir Putin is sure to spin claims of Nato expansion in the run-up to the meeting. Indeed, on 31 May, Moscow said it was planning to locate 20 new military units in western Russia to counter Nato.

More is to come. The Zapad-2021 military exercises in September (Zapad means West in Russian) will involve Russian and Belarusian armed forces, with planned drills in Russia’s Kaliningrad exclave wedged between Lithuania and Poland, and will simulate an escalating conflict with an unspecified enemy (Belarus’s western neighbours are Nato members Poland, Latvia, and Lithuania, with Ukraine to the south).

In Geneva, Biden should leave Putin in no doubt that the days of impunity are over. He should commit to an increase in the size of Nato forces in the Baltics, Romania and Poland with numbers, equipment and readiness to deter any Russian military offensive. He should also take up the proposals of Alexander Vershbow, a former Nato Deputy Secretary-General, that “the US and other allies should speed new military aid to Ukraine, including air defence missiles, armed drones, and real-time intelligence that would inflict heavy losses on Russian-led forces trying to seize more territory”. Vershbow calls for “a joint Black Sea naval base at Odesa”.

The price faced by Russia for aggression must be too high for the Kremlin to countenance, and this is the message that Biden should deliver to Putin – and act upon. In the words of Ukrainian Foreign Minister Dmytro Kuleba, “the cost of preventing Russia's further escalation will always be lower than the cost of stopping it and mitigating its consequences".

The West should not stand aside as Putin rides roughshod over the aspirations and security concerns of the people of Ukraine and Belarus, not to mention those of Georgia, Moldova and Russia itself. As evidenced by the act of state terror against Ryanair passengers, the novichok poisonings in the UK in 2018, the fatal explosion caused by Russian agents (uncovered this April) at an ammunition store in the Czech Republic in 2014, and the recent series of cyberattacks in the US, not to mention frequent dangerous incursions into the airspace and territorial waters of Nato and (non-Nato) Sweden and Finland, the Kremlin acts as though its military weight affords it impunity.

Nato members must expel Russian agents, build up a secure system for sharing intelligence information and enhance data security to prevent cyberattacks on governments, hospitals, and energy and water supplies. They should increase sanctions against strategic Russian economic interests for every Kremlin-ordered cyber-attack against a Nato country. At the 14 June summit, Nato should announce its determination to apply sanctions with steadily increasing costs to pressure Russia to withdraw from eastern Ukraine and Crimea, likewise from Transnistria in Moldova, and Abkhazia and South Ossetia in Georgia.

Communication must continue between Russia and Nato to mitigate misunderstandings and miscalculations that could result in an escalation of conflict. But Moscow’s motivation to interfere will evaporate when the Kremlin understands that it will pay a high economic and political price for its aggressive behaviour. If Biden delivers this message in Geneva, backed up by the launch of heightened and visible Nato readiness, Putin will be left in no doubt that the West is ready and determined to defend democracy and the international rule of law and to deter Moscow’s aggression and interference – and Nato can focus its attention on the looming challenge of China.

Jeff Lovitt is Chair of Prague-based strategic policy insights centre New Diplomacy. Jan Piekło is an adviser to the European Parliament and was Ambassador of Poland to Ukraine in 2016-2019.

According to historian Adam Tooze, we are currently potentially facing a “polycrisis”: a number of smaller to medium-sized crises in the world that have the potential to combine and reinforce each other.

Tailored offerings can bring in billions of dollars in commercial fresh money from both conventional and ESG/impact-oriented fund managers.

The partial mobilisation announced on September 21 by Russian leader Vladimir Putin has caused an unprecedented exodus of the Russian male population eligible for the draft. But do they support him and can they cross into the EU?

NEMETHY: Is the world heading towards a “polycrisis”?
2 days ago
OPINION: Ukraine refugee-internal displacement bond gains traction
3 days ago
Russian men fleeing the draft are caught between suspected of being pro-Putin and Western closed-door policies
7 days ago
Sanctioned Russian diamonds are reaching the US consumer, but some are getting there legally – for now
9 days ago
EBRD: Reduced gas supplies and inflation to slow growth further in EBRD regions
9 days ago