COLCHIS: Running out of steam: Georgian politics after the May 2019 elections 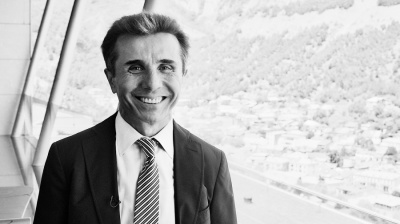 The founder and funder of the ruling Georgian Dream party Bidzina Ivanishvili used to be seen as the nation's saviour. Now he is one of the most disliked politicians in the country
By Max Fras of the Eurasia Democratic Security Network July 4, 2019

Local mayoral by-elections and parliamentary by-elections in May and June 2019, Georgia’s last electoral test before the 2020 parliamentary elections, signal a turbulent year ahead for Georgian politics and society. Although the ruling Georgian Dream (GD) party won throughout, the elections revealed that both GD and opposition parties are struggling to present a meaningful offering to the electorate, whilst stuck in a pattern of path dependency, relying on the same style of political competition since United National Movement’s departure from power in 2012-2013.

A “smooth win” for the government?

All mayoral by-elections (Marneuli, Zugdidi, Khulo, Zestaponi and Chiatura) resulted in first-round victories for ruling party candidates. In the majority-Azerbaijani town of Marneuli, the ruling party candidate Zaur Dargalli received 79% of the vote, while two opposition candidates received a total of just 18% of the vote. In the other three—Zestafoni, Khulo and Chiatura—pro-government candidates also received more than half of the vote. The most contested local election took place in Zugdidi, the capital of Samegrelo region, where GD’s Gega Shengelia faced UNM’s Sandra Roelofs, Mikheil Saakashvili’s wife. Shengelia received 54% of the vote, while the opposition candidate received 43%.

In the parliamentary by-election in the Mtatsminda constituency in Tbilisi, a seat vacated by Salome Zourabichvili, who became president in November 2018, 41% of the vote went to GD’s Lado Kakhadze, and 37% to opposition candidate Shalva Shavgulidze, endorsed by the opposition European Georgia and Free Democrats. As no candidate reached the 50% threshold, a run-off had to be held on June 9, which Kakhadze won decisively with 62% of the vote and Shavgulidze remained at 37%.

Electoral observers concluded that the elections were held without major violations and were largely free and fair, but that a tense atmosphere prevailed in the most contested constituencies (Zugdidi and Marneuli both saw physical violence and interruptions of the voting process throughout polling day). Georgian CSOs observing the elections also noted cases of obstruction of electoral monitoring, vote-buying, illegal campaigning, violations of voting secrecy and unauthorized entry of polling stations, typical of many recent elections in Georgia, notably the 2018 presidential election.

In the 2019 campaign, Georgian Dream relied on two traditional ways of rallying support employed in four previous electoral cycles since 2012. They included “Misha-mongering” (vilifying Saakashvili and his government) and increased public spending. The latter was fuelled mostly by GD founder and chairperson, billionaire Bidzina Ivanishvili; whilst not officially in government, he has used his personal wealth to influence each election since 2012.

Misha-mongering was mostly employed as a way to discipline voters into endorsing stability and order. Former Parliamentary Speaker Irakli Kobakhidze, warned of the “danger of destruction” by the opposition UNM ahead of the Zugdidi elections, and his deputy Tamar Chugoshvili urged the diplomatic corps and observers to pay close attention to the opposition’s plans to stir unrest across the country.

Post-soviet Georgia has a long track record of (sometimes thinly-disguised) vote-buying and increased public spending, and both UNM and GD employed it widely in previous elections. Bidzina Ivanishvili’s spring 2019 tour of the Samegrelo region was a testimony to the election’s importance, going well beyond the few mayoral seats at stake. In order to appeal to the conservative-minded Megrelian voters, Ivanishvili ended up promising, amongst other things, “1 million lari and more” (ca. 300,000 USD) to complete an unfinished cathedral as well as a new Gamsakhurdia memorial complex devoted to Georgia’s first post-Soviet president, including a museum, a park and another church.

In a rare televised interview in April 2019, Ivanishvili also stated that he sees the UNM’s active opposition to his party’s government as problematic, bemoaning the fact that that “they have skills, they have a big team, they have their own media and have no decency,” keeping Georgians “under mental oppression.”

The UNM, which was founded and, until recently, led by Saakashvili, retained its status as the main opposition party. In the 2019 campaign, it relied on the same old arsenal of political strategies employed in the 2016 and 2018 elections, notably portraying Georgia’s present and future in extremely bleak terms, questioning the authority of democratic processes and institutions, and advancing a range of radical demands.

Roelofs’ run for parliament in Zugdidi in 2016, when, despite coming second, she refused to take part in the runoff vote and alleged serious electoral fraud. This approach—inspired by Saakashvili—did not find much support among the UNM rank and file. Despite this, Roelofs stuck to the same script in 2019. The day after the first round of Zugdidi mayoral elections, Roelofs refused to accept the official results that put her in second place and “devoted herself to expelling Ivanishvili from Georgia,” calling for a nationwide protest to “get rid” of Georgian Dream’s founder. Nika Melia, a prominent UNM MP and former mayoral candidate, questioned the validity of this strategy, underlining a long-running split in the party.

In the Mtatsminda run-off, the opposition candidate, endorsed by European Georgia (a UNM splinter group and frequent ally) and the Free Democrats, echoed this same strategy (despite formally running against UNM) when he refused to congratulate his Georgian Dream opponent, referring to his own defeat as an “unfair fight with the criminal world.”

Neither of the main parties scored major victories. The UNM remains bitterly divided over its future as some within the party oppose Saakashvili’s confrontational style and tactics. European Georgia, although less combative, continues to suffer from the antagonising style of its larger sibling and is unable to mobilise voters as the third largest political force.

GD promptly declared victory but it remains plagued by crises both in terms of political strategy as well as personal rivalries within its management. A number of high-profile MPs have recently left the party but remain in politics. Eka Beselia, former head of the parliament’s legal affairs committee, has already set up her own party. GD’s parliamentary group leader Archil Talakvadze has already announced that the party will present a new team and new programme for the 2020 elections. Both the government and the opposition seem oblivious to Georgians’ growing discontent with the political duopoly. Bidzina Ivanishvili, once the country’s saviour, topped the ranking of most disliked politicians in April 2019. Over a third of Georgians cannot identify a party that is closest to their views – only 21% name Georgian Dream and 15% UNM. The majority of Georgians are political orphans, with 60% unsure of whom they could vote for in the next parliamentary election. In Ivanishvili’s own words, “[Georgia’s] political elite is as poor as our economy… It is our misfortune that the political establishment is so poor it cannot produce a new force.”

At the same time, Georgian’s democratic reform drive is flat-lining. In the 2019 Freedom House report, Georgia recorded a lower score for the first time since 2014, and its World Press Freedom Ranking deteriorated as well. Judicial reform is stalling, and judicial independence scores are back to 2012-2013 levels, leaving the judiciary prone to political manipulation both in the run-up to the elections and after them.

Mainstream parties’ inability to change and adapt to voter needs leaves Georgia’s political future ahead of 2020 elections uncertain. In the absence of new political ideas, and the ongoing tensions over strategy and tactics within the many factions in government and party, clinging on to power becomes the single most important factor uniting the current ruling elite ahead of a crucial election. Georgian Dream’s tendency to mobilise voters through administrative resources rather than genuinely competitive campaigning runs the risk of democratic backsliding and state capture.

Tumultuous developments in June—in the run-up to the first Tbilisi Pride, as well as mass protests and riots over the invitation of a Russian MP Gavrilov to parliament—show that neither the pro-Russian nor anti-Russian groups will not shy away from violence. The #Occupeyed movement further suggests that although many Georgians may sympathize anti-government sentiments and are eager to express their dissatisfaction with Georgian Dream’s performance, they remain sceptical about the intentions and ideas of the opposition.

Georgian society’s increased disillusionment with mainstream political players leaves a dangerous vacuum within Georgia’s political scene. In view of this, many new internal players, including ex-UNM and ex-GD and the emerging extreme right-wing political movements and external actors supporting them, are likely to capitalise on the opportunity to challenge political stagnation of recent years and reshape the political landscape in 2020. With structural barriers to entry reportedly being reduced, the next parliament could usher in a multitude of new voices, opportunities, as well as challenges.

Dr. Max Fras is an EDSN fellow and previously a visiting fellow at LSE. EDSN is an international research fellowship project of the Center of Social Sciences, Tbilisi and made possible with the support of the National Endowment for Democracy.

Global demand for electricity is projected to surge over 20% this decade. Power generation accounts for 40% of emissions and Emerging markets, notably China and India, will account for over 85% of rising demand in the next ten years.

It is now over a year since the Romanian government, in December 2018, unexpectedly introduced draconian taxes across different sectors, which sent equities into a spin. Yet it finished the year with a 39% return on equities.

Even though overall industrial production growth softened in 2019, some investment-driven sectors outperformed, including those focused on agriculture, oil downstream, chemicals, construction and transportation.

Stock exchange may be rallying but the data on why is just not available to investors playing these murky markets.