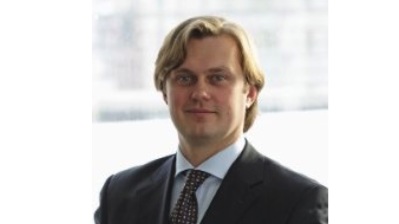 Alexei Bolshakov, Citigroup’s Head of Russian Equities and Chief Executive, has left the bank as US banks accelerate their retreat from Moscow
By Jason Corcoran in Moscow October 14, 2019

Alexei Bolshakov, Citigroup’s Head of Russian Equities and Chief Executive of its local Global Markets division, has left the bank as Wall Street accelerates its retreat in Moscow, bne IntelliNews can reveal.

Bolshakov, a stalwart at Citigroup in Moscow for almost nine years, joined in 2008 from Deutsche Bank but had previously worked for the US lender as branch manager for Citibank, its retail operation, from 2005 to 2007.

Bolshakov didn’t reply to emails seeking comment. Elena Kisel, a Citigroup Moscow spokeswoman, declined to comment on his departure but referred to a prior statement by the bank following the effective closure of its research team in Moscow last month.

“In line with current market conditions, we made targeted headcount reductions in our front office,” said the Citigroup statement. “We continue to grow and add talent strategically across the company and continue to make investments against our business priorities and to improve our infrastructure to best serve our clients.”

The statement was released after Bloomberg News reported on September 20 that Ronald Smith and Barry Ehrlich, the last two equity analysts in Citigroup’s dwindling Moscow office, were axed.

“They are just making it bare bones now,” a former Citigroup banker in Moscow told bne IntelliNews. “Traders have left and bankers too but research and sales is basically cut.”

In January this year, Citigroup said it planned to further cut the number of its offices in the country, while somehow managing to boost business.

Michael Berner, board member and consumer business manager, said the bank would slash its number of branches to 15 from 22 to by the end of the year in a bid to move its customer base online.

The lender, which has been in the country since 1992, and is Russia's 21st largest bank by assets. According to its website, Citigroup has more than 3,000 corporate clients, and serves about 500,000 retail customers over the country.

The scaling back of US banks comes has been a trend since Western countries began imposing sanctions on Moscow over its annexation of Crimea from Ukraine in 2014.

In the first quarter this year, it was disclosed that Russian investment banking fees had slid to their lowest level in four years. Commissions during the first three months of the year amounted to $32.5mn compared to $61.7mn for the same period in 2018 and $41mn for the fourth quarter, according to analysis by data company Refinitiv.

In May, rival Morgan Stanley announced it had sent a formal notice to Russia’s central bank flagging its intention to shutter its Moscow banking operations in the first quarter of 2020.

The Wall Street bank’s Russian subsidiary said in the report that US and European Union sanctions imposed since 2014 had made it hard for Russian businesses to access international capital markets.

"The impact of changes in the economy on the future results of the bank’s business and its financial condition may turn out to be significant,” the report said.

Morgan Stanley will keep a consulting business in Russia, which would not require a license, according to the report. Other US titans, such as JP Morgan, are also believed to be tightening belts and cutting their headcount.

The arrest of Michael Calvey, the American pioneer in Russia private equity, has also disquieted many of the bosses back on Wall Street. Calvey, who works closely with many of the investment banks to sell and list his portfolio companies, was detained in February this year on dubious charges of embezzlement.

A Moscow court last week ruled to extend Calvey’s house arrest until January, while his personal assets - such as cars, apartments and bank accounts - and those of his colleagues, have also been seized.

The case has sent shockwaves through the Russian investment community, with both Russians and non-Russians speaking out in Calvey’s defence. Several other executives and employees at Calvey's Baring Vostok private equity firm were also arrested and charged with financial fraud. They all deny any wrongdoing and say the case is being used against them in a corporate dispute with Kremlin-linked Artem Avetisyan over the control of Bank Vostochniy.

The spring rally that got under way at the start of the new year has received a boost from Russian President Vladimir Putin's proposed constitutional changes and the appointment of a new government, as both the RTS and Moex Russia index hit new highs

Prime Minister Ludovic Orban cited the EU's new Green Deal rather than security issues or cost concerns circulated previously as the main reason behind a potential end of the deal with CGN.