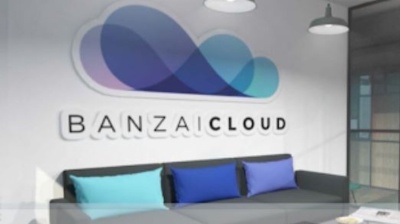 Banzai Cloud was ranked seventh on the list of the hottest Hungarian startups in 2019.
By bne IntelliNews November 16, 2020

Founded in 2017, the Hungarian firm was ranked seventh on the list of the hottest Hungarian startups in 2019. The company develops software and big data solutions, and their platform makes it easier for companies to develop, deploy and scale cloud applications.

Over the last three years Banzai raised more than $5mn in capital in two rounds from the private equity arm of OTP Bank, PortfoLion.

Budapest-based Euroventures, a leading independent private equity and venture capital firm in Central Europe, had been one of the founding investors.

"They have built and deployed software tools that solve critical real-world pain points and are active participants in the open-source community as sponsors, contributors, and maintainers of several open-source projects,” she added.

The financial terms of the Banzai Cloud deal weren't available. Cisco plans to acquire the startup’s assets by the end of its second quarter.

The deal followed on the heels of Cisco's October acquisition of Israel-based cloud-native vendor Portshift for a reported $100mn.

“These days, the internet is like oxygen for people,” adds Rouhani protesting at move against cabinet member who allegedly refused to block Instagram.

Elbrus Capital, a leading private equity firm focusing on Russia and neighbouring countries, has attracted $260mn to launch its third fund. As reported by business daily Kommersant, the firm aims to raise $600mn in total by the end 2022.

Norilsk Nickel, the world’s largest producer of palladium and high-grade nickel and a major producer of platinum and copper, has announced it is joining the Responsible Sourcing Blockchain Network (RSBN).