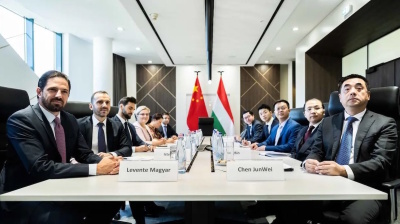 CATL's second plant in Europe, after one in Germany, will supply cells and modules to European carmakers. / bne IntelliNews
By bne IntelliNews August 15, 2022

China's Contemporary Amperex Technology Co Limited (CATL) will invest €7.34bn to build a 100 GWh battery plant in the eastern industrial hub of Debrecen, in close proximity to the car plants of Mercedes-Benz, BMW, Stellantis and Volkswagen.

The greenfield project on a 221-hectare site, the biggest ever to date, will create 9,000 new jobs. Rumours of the investment were first reported by bne IntelliNews in June.

"CATL's Debrecen plant will enable it to better cope with the battery demands of the European market, improve its global production network development, and help accelerate e-mobility and energy transition in Europe," the company said.

CATL's second plant in Europe after one in Germany, will supply cells and modules to European carmakers. Construction will start before the end of the year. The government will disclose the amount of subsidies after shareholders approve the project.

The Chinese battery maker said it will use electricity from renewable resources to reduce the carbon footprint of the manufacturing facility, and is considering developing solar power with local partners in Hungary.

CATL is also weighing the possibility of establishing facilities for battery materials in Europe with local partners, the company added. "There is no doubt that our plant in Debrecen will enable us to further sharpen our competitive edge, better respond to our European customers, and accelerate the transition to e-mobility in Europe," CATL founder and chairman Robin Zeng said, calling the greenfield project in Hungary a "giant leap" in CATL's global expansion.

The investment shows the government took the right decision when it announced its strategy of opening up to China and made the electric vehicle industry a key part of economic development policy, Ministry of Foreign Affairs and Trade state secretary Levente Magyar said.

The Hungarian government has sought to attract the world's leading EV battery producers and suppliers to diversify dependence on traditional vehicle manufacturing.

Hungary has the third-biggest electric battery production capacity in the world, after China and the United States. Capacities are set to triple from 50GWh a year to 150GWh by 2025, according to the government’s estimates.