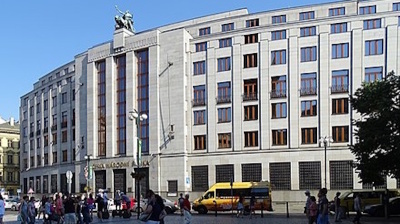 Central Europe is facing a prolonged period of higher inflation that is likely to lead to interest rate hikes, Capital Economics predicted in a new research note.

“We think that the risks over the coming years are skewed to a prolonged period of much higher inflation and, subsequently, more aggressive monetary tightening,” wrote Liam Peach, economist at Capital Economics.

The macro-economic forecaster predicts that the Czech and Hungarian central banks will start to raise rates this year, and Poland will follow in 2023. Furthermore, it forecasts that those hikes will be more significant than many expect, with, for example, the Czech central bank hiking rates by 200bps by the end of 2003.

However, the Hungarian and Polish central banks are likely to drag their heels, it predicts. “Our view is that there will be more aggressive tightening in Poland and Hungary from 2024 when inflation becomes stronger and more persistent.”

Capital Economics points out that Central Europe was already facing upward price pressure from rising wages before the COVID-19 pandemic (rather than the deflation of Western Europe), and that this has now been reinforced by supply chain problems, which have pushed up input prices. In addition food and commodity prices have also created price pressures this year.

Forward-looking PMI figures for May released this week showed that the input and output components of the manufacturing confidence index were at record levels in Czechia and Poland. Producer price inflation was at its highest level since 2001 in Hungary.

Moreover, Capital Economics argues, Central Europe looks likely to close the output gap faster than other emerging markets as it opens up after the pandemic lockdown. RBI has predicted that the region will enjoy a 'V-shaped recovery' after a milder downturn than Western Europe.

The deputy chairman and former CFO of Russia’s second-largest gas producer Novatek, Florida businessman Mark Gyetvay, has been arrested in the US on tax charges relating to $93mn that was hidden in offshore accounts.

Russia’s biggest petrochemicals company Sibur has closed a deal to take over 100% of its Tatarstan based rival TAIF in an equity swap that will leave the shareholders of TAIF with 15% of the merged company and bonds.

Poland reportedly plans to suspend cooperation with Czechia in the Visegrad Group until the mine’s case has been resolved in an amicable way.

Milos Zeman´s health is all the more important now when the general elections are approaching, as it is the president who nominates the head of the winning party to form a new government.

The British High Court struck down a $260mn claim made by Ukrainian oligarch Ihor Surkis and his related companies against former President Petro Poroshenko and the former NBU governor Valeriya Gontareva on September 22.