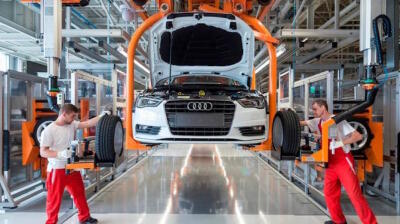 CEE and Eurasian companies on average lost 25% of their revenue and shed 11% of their workers in the first wave of the pandemic.
By Robert Anderson in Prague May 23, 2022

CEE and Eurasian businesses have weathered the COVID-19 pandemic thanks to prompt and decisive government intervention, financial lifelines and firms’ involvement in global value chains, says a report by the European Investment Bank (EIB) and the European Bank for Reconstruction and Development (EBRD) published last week.

Using data from the EBRD-EIB-World Bank Group Enterprise Survey, together with surveys of 16,000 companies after the pandemic (but before the Russian invasion of Ukraine), the report found that CEE and Eurasian companies on average lost 25% of their revenue and shed 11% of their workers in the first wave of the pandemic.

However, only 4% of firms filed for bankruptcy or closed permanently in 2020.

Beata Javorcik, chief economist of the EBRD, told a webcast on the report hosted by the EIB on May 18 that bankruptcies last year in the region were below pre-COVID levels, though “we have not seen the real picture yet” because of continuing government support.

Debora Revoltella, the EIB’s chief economist, told the webcast that swift government support had enabled a rapid rebound in the region’s economies and halved to 12% the proportion of companies facing a liquidity shortfall.

Alfred Kammer, director of the IMF’s European department, told the webcast that many companies had successfully re-orientated their businesses, with one in four increasing their online activity, and one in three adjusting their industrial processes or their services.

According to the report, companies that were integrated into global value chains, with high levels of productivity, innovation and digitalisation – as well as those run or owned by women – adapted faster to the pandemic.

Companies with access to credit lines or other financial facilities, and those that were part of larger corporate groups, were also less likely to go bankrupt.

CEE and Eurasian companies continue to rely largely on bank credit for external finance. Capital markets are underdeveloped, and the availability of venture capital, private equity and leasing is very limited.

Access to finance continues to constrain firms’ growth in the region. The number of firms without access to credit or even a banking relationship is still relatively high. Revoltella told the webcast that finance for innovation was only available for large, established companies.

About 55% of firms perceive access to finance as an obstacle. Some 24% of small and medium-sized enterprises (SMEs) and 27% of young firms say access to loans or other finance is a problem. About 50% of firms rely solely on their own finances for projects, particularly small businesses and young firms. Innovative firms are also more likely to be credit-constrained, particularly young, innovative SMEs, says the report.

Improvements in collateral frameworks can improve the allocation of credit, reduce lending risks and increase access to credit. Financial literacy and improvements in audit and accounting standards, along with a genuine reform agenda geared to improving the quality of institutions, could increase firms’ ability and willingness to do business with banks, it argues.

Among the report’s positive findings, it found that CEE companies invest more in innovation than firms in similar economies in other regions, even if innovation is mainly driven by new technologies developed elsewhere.

Investment in digital infrastructure and improvements in workers’ skills are driving innovation, reducing development gaps and building resilience in the region.

Innovation is particularly important for companies that contribute to global value chains (more than 50% of firms). Access to foreign technology and modern management also spurs innovation.

On the negative side, Eastern Europe and Central Asia are still lagging behind in green management practices, specifically in setting targets for energy use and emissions.

“The transition to a net zero carbon economy presents significant risks for the region, and firms are lagging behind developments in others parts of the world,” the EIB said.

Javorcik told the webcast that foreign affiliates and exporters were going green but there was a big contrast with non-exporting local companies. EU carbon trading rules, however, had created a big incentive for exporters to the EU to lobby their own governments to accelerate the transition to a green economy, as they were being undercut in the domestic market by non-exporting companies.

The report says customer pressure and energy taxes can play an important role in determining the quality of green management practices.

Nevertheless, several countries continue to provide generous subsidies that lower the price of gas and other fossil fuels for people, slowing down the motivation to cut emissions.

Kammer said governments should let automatic stabilisers work in the ongoing energy crisis, while giving targeted and temporary support to vulnerable groups. This could include “some support for hard-hit enterprises in particular, if they have an important role in supply chains”.

The Ukraine war, however, may also now slow down the green transition. “War will boost investment in renewable energy but at the same time it will make it more difficult to kick their coal habit,” Javorcik pointed out.

Companies in the region also lag their peers in Southern Europe on environmental, social, and governance practices. Providing a business environment conducive to green investment will nudge firms to improve their ESG standing.

The report has introduced a “Corporate ESG Responsibility” composite indicator for unlisted firms. Firms with fewer than 20 employees, on average, perform the worst.