Can the EU replace Russian gas with North African supplies? 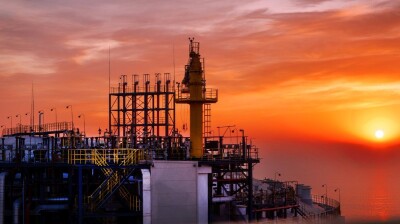 WHAT: North Africa has the potential to provide the EU with some of the gas it needs to replace Russian supplies.

WHY: Time and additional investments will be needed to bring these additional volumes to market.

WHAT NEXT: Regional collaboration is probably the key to opening up Egypt’s export capacity.

Earlier this month, the European Union declared its intention to reduce its dependence on Russian natural gas imports. More specifically, it has announced that it will aim to cut the volume of gas purchased from Russia by two thirds by the end of 2022 and then bring the figure all the way down to zero by the end of the decade.

In the long term, of course, the EU hopes to eliminate its need for Russian gas by eliminating the fuel from its energy mix – that is, by switching, to the greatest extent possible, to low- or zero-carbon energy sources. In the short term, however, it is not clear that solar, wind, hydropower and other forms of renewable energy can serve as immediate substitutes for the vast amounts of gas that Russia has delivered to the bloc’s 27 member states.

The EU’s renewable energy capacity has been rising very quickly in recent years, to the point that the European Commission reported late last October that the bloc’s renewable generation capacity now accounted for 38% of the total, outstripping fossil fuel generation capacity at 37%. However, this additional capacity has not given European energy markets the resiliency they need to withstand supply pressures. Even before the eruption of war in Ukraine, European gas prices were soaring and there was talk of bringing shuttered coal-fired thermal power plants (TPPs) back online – and all because Russia was reluctant to acquiesce to European buyers’ requests for more fuel this past winter.

This leaves the EU in the position of needing to secure very large volumes of gas very quickly. The amounts involved are large, as data from the International Energy Agency (IEA) show that the EU imported no less than 155bn cubic metres of Russian gas last year. (Two thirds of that comes to more than 100 bcm.) The time involved is short, as the EU has imposed a deadline of the end of this year. (And in practice, new suppliers will be needed even before December 31, as EU member states must begin putting gas into storage before the heating season begins in October.)

Moreover, the EU will have to deal with multiple suppliers. Russia is the largest gas producer and exporter in the world, and no other country can replace it outright. Consequently, the bloc will need to secure gas from several different sources.

One logical place to search for gas is North Africa. The region has some distinct advantages, including:

But are these advantages compelling enough to justify the effort of seeking extra gas for Europe from the region?

Hamish Kinnear, a Middle East and North Africa (MENA) analyst for Verisk Maplecroft, believes they are. He told NewsBase earlier this week that the EU’s move to cut and eventually eliminate Russian gas imports had the potential to benefit North Africa.

Kinnear also pointed out, though, that the EU could not reap the gains of this proximity effortlessly, saying that European investors would need to help cover the cost of new upstream development projects. “The problem is spare [production] capacity,” he explained. “North Africa, particularly Algeria, is already a major source of gas for Europe, and there are limited supplies available. If the region can boost output, however, it could certainly take advantage of a European decoupling from Russian supplies and rising energy prices.”

When asked whether the North African state might focus on unconventional gas in the longer term, he expressed some reservations. More specifically, he told NewsBase that Algeria might have difficulty attracting sufficient investment for shale gas projects, even in the face of increased European demand, along with higher prices resulting from changes in global gas trade patterns.

“For Algeria, the problem with developing its unconventional reserves has always been that it needs the help of oil majors to carry out the necessary technical work,” he told NewsBase. “Algiers hasn’t thus far been able to provide the necessary incentives for investment. Rising gas prices may help ease concerns over Algeria’s complicated regulatory framework for the majors, but it’s no guarantee.”

His reservations were not fully shared by Ross Cassidy, the vice-president of MENA research at Welligence Energy Analytics. Cassidy told NewsBase last week that if the EU continued to move away from Russia as a supplier of fuel, Algeria’s shale gas fields might start to draw more interest. But he also stated that he did not expect any immediate movement in this direction.

“Algeria could hold large volumes of unconventional gas. However, this has not been appraised yet to determine commerciality,” he said. “Two agreements are in place with [international] majors to help study the potential. This is not a short-term opportunity, but the current scenario may provide some momentum.”

Cassidy also commented on Libya’s prospects for resuming deliveries of gas to Europe, saying he expected the outlook for this country to improve in the long term and not in the short term.

Referring to Green Stream, an underwater pipeline that pumped gas from fields operated by Italy’s Eni to Sicily between 2004 and 2014, he said: “Libya may have the opportunity to export higher volumes of gas to Italy and achieve higher gas prices. In the longer term, Libya has potential to supply much more gas to Europe. Eni and BP are stepping up efforts to explore for gas and help Libya shape a gas strategy.”

He also noted that there was a possible alternative to the idle pipeline, saying that Libya’s National Oil Corp. (NOC) did have the option of trying to reopen its LNG plant and terminal at Marsa el Brega. Even so, he acknowledged, this facility has not been operational since 2011.

For his part, Kinnear focused on the likelihood of Libya’s ongoing political turmoil hampering any efforts to resume gas exports to Europe, whether via Green Stream or in the form of LNG. “A resolution of the political discord in the country anytime soon is unlikely,” he said. “The political process established last year is on the rocks with the re-emergence of two competing governments this month.”

He did indicate, though, that he still had some hope. “This isn’t to say that it isn’t possible, as further investment could happen without a political resolution or even an easing of tensions. Eni and NOC, for example, were reportedly in talks recently over boosting gas reserves,” he told NewsBase. “Political risk, however, is likely to remain a key risk for Libya for at least the next 12 months.”

Moving eastward to Egypt, both Kinnear and Cassidy indicated that Egypt’s chances of boosting gas exports to Europe were likely to hinge on co-operation with other producing states in the East Mediterranean region.

As far as Egypt’s government is concerned, Kinnear commented, regional collaboration offers the best options for balancing the needs of domestic consumers and the lure of the export market. “Cairo is certainly keen to boost output and take advantage of increased European demand. Rising domestic demand, however, means there is less gas available for export,” he told NewsBase. “Longer term, Egypt may be able to transform itself into a hub with pipelines connecting Israeli fields to its LNG plants at Idku and Damietta. Israel has an increasing gas surplus, with domestic production overtaking consumption in 2018.”

Cassidy, meanwhile, noted that two gas delivery routes were under consideration in the region – the EastMed pipeline and the Egyptian gas hub plan. Either of these schemes could come into play “if there are more discoveries offshore Israel/Egypt/Cyprus/Lebanon,” he said.

But whichever delivery route is chosen, he added, it will take several years before large quantities of Egyptian and East Mediterranean gas start arriving in Europe. “Short term, it looks like coal might replace some Russian gas, but longer term, Egypt ... will end up supplying more gas to Europe. This will include Israeli and maybe Cypriot gas,” he said.